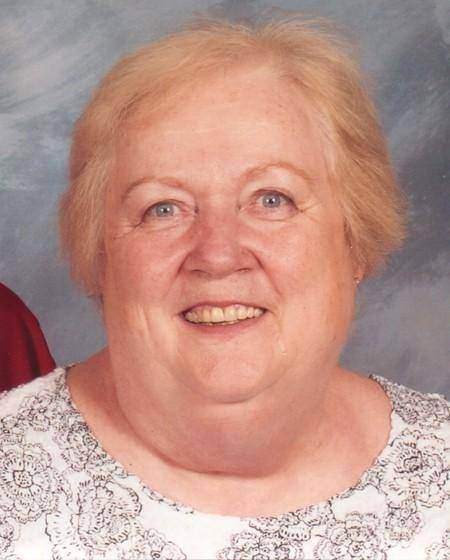 Virginia Beach – Janet Mary Babcock, 68, went to be with the Lord on July 23, 2013. Janet was born on March 27, 1945 in Derry, NH to Frederick Manning and the late Lucile Manning. She was graduated from Pinkerton Academy, attended Wheaton College and was graduated from Keene State College. She is survived by her father of Manchester, NH, Frederick Manning; husband of Virginia Beach, VA, Donald Babcock; her son, his wife and their son of Chesapeake, VA Don Babcock, Jr., Tina Babcock and Nathan Babcock; and her daughter and her fiancé of Norfolk, VA Rosaline Babcock and Ryan Reichert. A memorial service and mass will be held at 10:00 a.m. on Friday, July 26, 2013 at Church of the Ascension in Virginia Beach, VA. A viewing hour will be held starting at 9:00 a.m. at the church and a small reception will follow after the memorial service and mass in the church’s coffee lounge. A Mass of the Resurrection will be held at St. Mark the Evangelist in Londonderry, NH at a time and date to be determined. Altmeyer Funeral Home on Greenwich Road in Virginia Beach will be handling the arrangements in Virginia and Peabody Funeral Home in Londonderry will be handling the arrangements in New Hampshire. Internment will follow the Mass of the Resurrection in Holy Cross Cemetery in Londonderry, NH. Cancer is a terrible disease that takes no prisoners. Janet fought back with all she had for so long. She never gave up hope. In the end her pain and suffering were unbearable. While she lost her battle in human life, she is in God’s hands now and God will take care of her forever. We will remember her, her love and her perseverance for life. Nathan, her grandson, will remember her as a “fun grandmother”. Farewell Janet and Godspeed. Condolences may be made to the family online at altmeyer.com or at www.peabodyfuneralhome.com.

Linda and I are with you in this time of sadness, but look forward to the resurrection we all look forward to so we can be with the ones that have left this life for life eternal.

My prayers and thoughts are with you and your family at this very sad time. May time and the grace/mercy of God ease your burden and lift your hearts. Know that you are loved and cared for by many.

Our deepest sympathy and sincere coldolences are extended to Donald and Janet’s family.

Our thoughts are with all of you during this difficult time.

Please accept our most heartfelt sympathies for your loss…our thoughts are with you and your family during this difficult time.