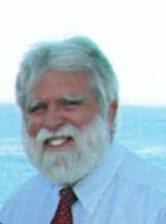 James White “Jim” died Tuesday, November 1, 2011 at the age of 60 after a battle with cancer. Jim was an Art teacher at Ferguson, Warwick and Denbigh High Schools, as well as various elementary and middle schools in Newport News Public Schools during his 28 year career. He was a friend and mentor to many, having also served as a coach in high school sailing, assistant sailing coach at CNU, as well as a member of the CNU Sailing Foundation. He will be remembered as a lover of art, of sailing, and of life.
Jim was preceded in death by his mother, Mildred Christner White and his brother, David White.
He is survived by his wife, Marsha; his son, Zachary; his sisters, Kathi Tortorice and Debbie White; his father, Major Ret James H. White and his step-mother, Brenda; his nieces and nephews and his best friend, Bob Chisom
Jim will be remembered by family and friends Sunday, November 6 at Altmeyer Funeral Home – Denbigh Chapel, 12893 Jefferson Avenue, Newport News. Visitation will be held from 2:00-3:00 pm, followed by memorial service and reception.
The family offers a very special THANKS to Heartland Hospice, especially Ramie, for their love and support of Jim and others.
In lieu of flowers, memorial donations may be made in honor of Jim to the American Cancer Society, the CNU Sailing Foundation, or a charity of your choice.

Dear Mrs. White. I am sorry about Mr. White. I love you. I miss you. I will give you a hug in summer.

God bless you, Mr. White. May your family have peace during this troubling time.

I was doing a search of old friends and saw that Jim had passed last year – what a shock. Wish I had stayed in touch with y’all, my prayers go out to you and your family. Our time together is so short, but Jim was a great guy and a wonderful friend. If you see this note, please email me as I believe I have some old pictures of your wedding day. I can’t believe he is gone. Remember the xmas parties at the huntington ave house and the times at the parties with the Corvette Club. Please take care.

Mike Turner – the other bearded guy

I first met Jim in the ‘70s; he and I were members of the Hampton Roads Corvette Club. Jim & I ran into each other many times over years and I’ve never met anyone so full of life. I saw him much more in recent years, since he went to work at Hutchens. Even with his illness he had that same positive attitude he had back in the 70s. He was a truly great guy that will be missed by everyone that knew him. My prayers go out to his family and friends.

I was a student of Mr. White every year I was at Denbigh High. Thanks to Mr. White I found skills in the Arts I never knew I had and he encouraged me to persue. I learned a good deal in many aspects of art but he taught me patience I never knew I had. I’ll miss you Mr. White. Rest in peace.

It was nice meeting you Mrs. White, but I wish it was under better circumstances. I’m sorry for your loss and I understand how hard it is, I lost my father to cancer in 2006. Jim always was an amazing man, he will always be with you.

I remember how Jim use to always say far out and things like that, and I loved it. He was such a real person. He made me enjoy art more than I thought I could. Well now he is happily sailing under bright skies. Take Care and may peace be with you.

Just wanted you to know how sorry I was to read of your loss. Prayers and thoughts are with you and Zachary. It’s been sixteen years since I lived in NN so I didn’t know your address

Our Condolence to you and your Family.

So sorry to read Jims obituary this morning. We didn’t realize he was so ill. We have both known Jim and Martha through the school system for years and always thought a great deal of both of them. Our thoughts and prayers are with Martha, the children, and family. Jack and Susanne Wood

This came as such a shock when I learned of it yesterday. Mr. White is the reason I am a high school art teacher today. He inspired, encouraged, mentored and educated me about more than just art, about how to live a positive life while I was at Ferguson HS. CO ’93

My condolences to your family and may the great spirit bring you peace in knowing that he is now looking down and encouraging us all from heaven.

Thoughts and prayers go out to the White family. Mr. White was a great teacher and mentor to all his students. Now he can sail and paint with the best. He will be greatly missed.

White family: My husband Jay & I lived on Costigan Dr., Beechwood, in late 60s & early 70s. Kitty-corner in back of us lived a wonderful teenager named Jim White. He’d come to our house & hang out in the garage with Jay & share his enthusiasm for the rock band Cream among lots of other things! We moved from there in ’78 & lost touch but have remembered him fondly over the years. We were so saddened to see his obituary. He positively affected many more lives than you can know. What a wonderful person he turned out to be. We are not surprised!! Sending our deepest sympathy! Kaaren & Jay Ancarrow

It’s hard to believe that 8 years have passed. I knew Jim when he was a fellow teacher at Warwick High School. I very much enjoyed our conversations, and I know he was well respected and loved by his art students.