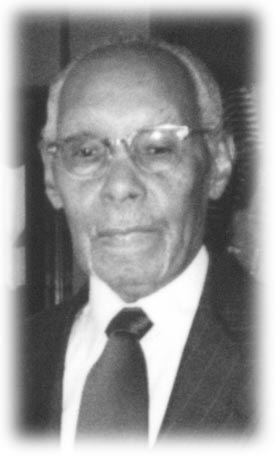 Friday Visitation is to be held at the Macedonia Baptist Church.

Friday Visitation is to be held at the Macedonia Baptist Church.

GALLOWAY, James W., 89, of Market Street, Wheeling, died Monday, May 6, 2002, at home, after a long battle with cancer. James was born Feb. 17, 1913, in Leaksville, N.C., a son of the late Jesse and Pearl King Galloway. He was a retired coal miner for Windsor Coal Co. and was a member of the Macedonia Baptist Church, Wheeling. In addition to his parents, he was preceded in death by a son, Dr. Willard Galloway and two sisters, Lonia Martin and Eva Johnson. Surviving are his wife of 67 years, Gertrude Hopper Galloway; a son, James Galloway and his wife, Carolyn, of Bellaire, Ohio; a sister, Frances Taylor of Youngstown, Ohio; four grandsons, Joey and Keith Galloway, both of Columbus, Ohio, and James and Curtis Galloway, both of Bellaire, Ohio; four nieces, three nephews, six great-grandsons and four great-granddaughters. Friends will be received from 6-8 p.m. on Thursday at Altmeyer Funeral Home, 1400 Eoff St., Wheeling. Friends will then be received from 10 a.m. until time of services at 11 a.m. on Friday, May 10, 2002 at the Macedonia Baptist Church, Wheeling, with the Rev. Stephan Tucker officiating the service. Interment will be in Greenwood Cemetery, Wheeling. The family suggests that memorial contributions be made to the Macedonia Baptist Church, 105 12th Street, Wheeling, WV

I have known brother Galloway for sometime and he was one the finest person’s you will want to meet always had a smile on his face. Our prayers go out to his wife and family.

My condolences to the James Galloway family.