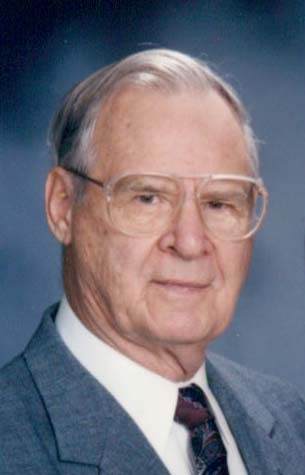 He was born October 27, 1922 in Bellaire, Ohio a son of the late Julius and Mary Wisvari Bronchik.

Jim was a retired employee of the First Energy Corporation’s Burger Station in Dilles Bottom, Ohio; a member of the St. John Catholic Church in Bellaire, Ohio; the Bellaire Eagles FOE 371, Bellaire Italian American Club, the former Bellaire Moose Lodge and the American Legion Post 521 Shadyside, Ohio. He was a US Navy veteran of World War II serving on the U.S.S. Subchaser 1374.

In addition to his parents, he was preceded in death by his loving wife, Helen Moskitis Bronchik who he married on September 9, 1950; one brother and five sisters.

Jim was a loving father, grandfather, a jokester to friends and family; story teller and championship softball pitcher.

Family and friends will be received at the Bauknecht-Altmeyer Funeral Homes & Crematory 441 37th Street Bellaire, Ohio on Friday from 2 to 4 and 6 to 8 pm.
Funeral liturgy with Mass will be celebrated on Saturday at 11 am at the St. John Catholic Church in Bellaire, Ohio with Fr. Daniel Heusel as Celebrant. Interment in the Mt. Calvary Cemetery in Wheeling, West Virginia.

Vigil services will be held on Friday at 7:45 pm in the funeral home.

Belmont County Council of the American Legion will conduct Full Military Honors on Saturday at 10:30 am at the funeral home.

Share your thoughts and memories and view Jim’s Memorial Tribute Video at altmeyer.com.

….Sending you deepest sympathy knowing the love you had for your father and hoping you find comfort in the love that surrounds you.

Although it is difficult today to see beyond your sorrow, may your memories of “Pap” help comfort your family tomorrow .

Our thoughts and prayers are with all of you.

Condolences to my cousins and family. I am sorry I live too far to be with you all. Your father and mother were nothing but kindness to me growing up as my Aunt and Uncle. A mass will be said for your father on January 29, 2013 at Our Lady of Victory Catholic Church in Paris, Texas. May God Bless you all and may the Lord and Our Blessed Lady be with you at this time.

Dear Jim and Family: Your father was a good and decent man — a role model for us all. He was bright and interesting — and interested in everything. Although he was a widower these last several years, we can never think of him without remembering your mother, too. They were a beautiful couple! He was gifted with a keen wit and sense of humor, and she was the epitome of kindness. In this sad time, we hope their love for you and the many beautiful memories of the lives you have shared together will comfort you and your family in your loss. God bless!

Dear Jim, Melinda and Bronchik family, We are very sad to here of the passing of your father. I am sure he will be missed by all. Your Mom and Dad were very special people and I am sure you all felt blessed to have them as parents. May God comfort you at this difficult time.

Have great memories of Uncle Jim…he will be missed by many people. He is an angel in Heaven with the rest of his siblings..that is one great group.

I am so sorry for your loss.

Jim was always a true gentleman even to a new kid at the plant some 35 years ago. I will always remember him as a proud father/grandfather and a good decent man. I was honored to consider him a friend.

I am sorry to see the passing of your dad. I did not know him, but my mother, WandaAmbroseYendrall had a life-long friendship with your mom, Helen. Upon mom’s death I found numerous cards from your mom to my mom. May you have peace in the Lord knowing your dad is in a better place! God Bless…

I will always remember the good times and fun we had when I visited Bellaire.

Jill my thoughts and prayers are with

Jill, I was saddened to hear of the passing of your father, my thoughts and prayers are with you and your family during this time.

Jill&Family We would like to extend our deepest sorry for the lost of your father. He was one of the nicest people I have ever known. We are sorry we could not be present there with you.

We send sympathy and love in the loss of your father…

My sympathy to you and your family. Thoughts and prayers to all.

I am so sorry to hear of your fathers passing. I can recall my many trips up and down Frazier Ave, when he and I would carry on some small talk. He was a good man. All my best. Norm

Kacie, – Love you girlfriend. I am so very sorry for your loss.

May God be with you and your family. Cindy Cornett

May the love of God surround you and your family during this difficult time May you come to know that the love of God is with you always, may your memories of James Joseph Bronchik, give you peace, comfort and strength…

My thoughts and prayers are with you and your family Jill

Sorry for the loss of your father. I know how much he meant to you and your family. You were a great daughter to him.

Sorry for your loss. Prayers are with your family

To the Bronchi family

I am in India and just saw online that your Father passed away . I wanted to send my sympathies upon his passing. He and you Mother were simply good, wonderful people. God Bless. Bob Ney

Your father worked with mine, Bob Alexander of Bellaire, at the power plant in Dilles Bottom. My dad passed away in 2010 at the age of 87.

My condolences and prayers go out to you during your time of loss. May God grant you strength to mourn his passage and help you continue the legacy of his memory.

Worked with Jim at the plant and respected him.

May He rest in peace.