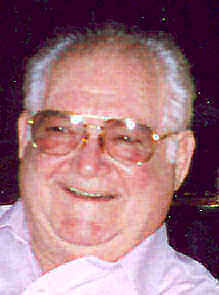 James J. Gordon, 73, of Benwood, WV, died Sunday, September 06, 2009 in the caring hands of Liza’s Place, Valley Hospice.
Born in Wheeling, WV on October 15, 1935, Jim was the son of the late Joseph and Mary Glusich Gordon.
He was a retired employee of McCann Distributing in Wheeling, and was a member of St. John Catholic Church, Benwood. He was also a member of the PAP Club, Cave Club, Croatian Club and the Garibaldi Lodge. He was a veteran of the US Navy.
In addition to his parents, Jim was preceded in death by his wife, Mary Ann Gordon, in September of 2008; his infant brother, Joseph; his niece, Mary Ellen Sechrest.
Surviving are one brother, Michael Gordon Debbie of St. Clairsville, OH; four nieces, Andrea McDonald Tim of Bethlehem, WV, Denise McKown William of Wheeling, Christine Sechrest of Bethlehem, and Ashley Gordon of St. Clairsville; one nephew, William Sechrest Sally of Bethlehem; several aunts, uncles, cousins, great-nieces and nephews, and great-great nieces and nephews.
Friends will be received at the Altmeyer Funeral Home, 214 Marshall St. McMechen WV on Tuesday, September 8, 2009 from 2-8 pm.
Mass of Christian Burial will be celebrated at 11 am on Wednesday, at St John Catholic Church, Benwood, WV.
Interment will follow at Mt Calvary Cemetery, Wheeling.
Memorial contributions may be made to Liza’s Place, Valley Hospice, 10686 State Rt. 150, Rayland OH 43943 or St. John Catholic Church, 622 Main St. Benwood WV 26031.
Online condolences may be expressed to the family at altmeyer.com.

Dear Family–To let you know so many thoughts and prayers are with you and yours–Take care–Keep the faith and May God Bless you with His Peace and Love–“When someone you love becomes a memory,that memory becomes a treasure!”–Sincerely, Sylvia Mc Neilaka Bilo from Benwood

We were saddened to hear of Jimmys passing. Our thoughts and prayers are with you at this time. Jimmy was a great friend. His great sense of humor will be missed.

Michael & Family : So sorry to hear of Jim’s Passing. He was a part of Great Boggs Run Memories. Thinking of you during your loss.

Mike, So sorry to hear about Jimmy. My condolences. He was such a big part of anybody’s life who grew up around Boggs Run. Great sense of humor and just a joy to be around. I hope you grief passes quickly.