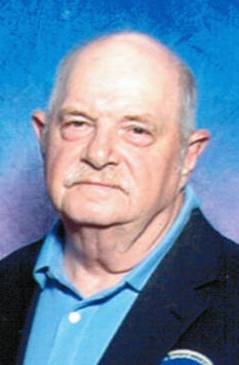 James Franklin Jenkins, Sr., 63, of Newport News, passed away at his home Thursday, October 27, 2011 after a short illness.

He was a supervisor in X32 at the Newport News Shipyard, serving over 46 years, and he loved his job and his people. He was a diehard Redskins fan and a Nascar fan, especially of Jeff Gordon. He also enjoyed boating and fishing. James was a loving husband, father and grandfather, and a loyal friend, always ready to help out wherever he could.

Special thanks to Heartland Hospice for their dedicated care.

The family will receive friends Friday from 6 to 8 pm at Altmeyer Funeral Home – Denbigh Chapel. A funeral service will be held 10 am Saturday at the funeral home followed by burial in Parklawn Memorial Park.

James will truly be missed,he really cared about thoes who worked with him, one of my best memories was the time he and i were hungry after a long hard night,we got some fish out, filet them on the block, fried them up in the back,and chowed down and was laughing so hard about what went down that night,we couldnt finish our supper.Ill really miss jimmy,he always looked out for me. Our

We are so very sorry for your loss, Sherry and family. James was one very special person to us as are your whole family. David, especially, will miss talking to him as he stopped by in his truck.

Terry, we are so sorry to hear of your father’s passing. You and your family are in our hearts and prayers. Love you, Lee, Paul Janice, Amanda.