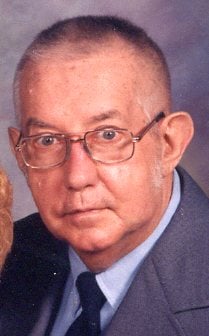 He was born in East Liverpool, OH on June 22, 1931 and was a son of the late Helen Dickey McCune. Living his entire life in the area, Mr. Dickey worked at the former Frank Crook Furniture Store as a warehouseman for 38 years. He also worked at the former T S & T Pottery and the former Crucible Steel Mill, was a 1951 graduate of East Liverpool High School, a veteran of the US Navy serving during the Korean Conflict and was a member of Good Shepherd United Methodist Church. Mr. Dickey belonged to the Chester American Legion, Post 121, Old Timers Baseball Association, Merchants Baseball Association, Pick-up Basketball Team – “The Dickey All Stars” and Basketball for Senior Olympics.

Besides his parents, a brother, Harry McCune, Jr. preceded him in death.

Services will be held at the Calcutta Chapel of the Martin MacLean Altmeyer Funeral Homes on Saturday, September 12, 2009 at 1:00 PM with Pastor Walt Weaver of the church and Pastor Paul Sturm of Calcutta Christian Church.

The Adamses express our sympathy to the Dickey family. You are in our prayers. I’ll always remember how Uncle Jamie drove to the hoop on the court against us younger players with the greatest of ease.

Thinking of you and wishing you God’s comfort and peace.

Expressing my deepest sympathy to you in the loss of your husband, Jim. My thoughts and prayers are with you and your family.