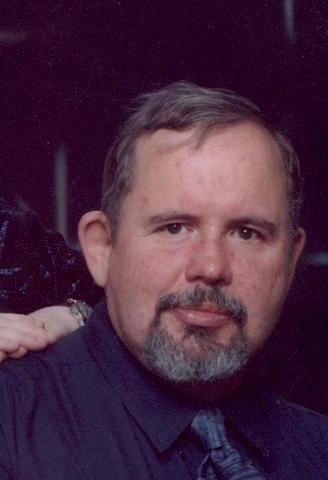 Norfolk – James Duane Holmes, Jr. passed away in a local hospital December 6th 2007 and is now in the loving arms of his Savior. He was born April 22, 1955 in Alma, Michigan.

James worked in the maintenance department for the Courtyard Marriott Corp. for five years after serving twenty-two years in the Navy as a radioman.

James was a Boy Scout Leader from 1993 until 2005 for pack and troop # 15, a person who loved to play Santa Claus for the neighborhood children, work cross word puzzles, and putting together models of cars, and planes. James also loved model trains. James will be missed by everyone who knew him.

James leaves behind to cherish his memory his loving wife, Linda L. Holmes of twenty five years; his son James L. Holmes of Norfolk; his parents, James and Jeanine Holmes of Michigan; and sister, Vicky Lougher; and his niece, Jennifer Adams; along with aunts, uncles and many cousins.

A memorial service will be held on Tuesday December 11th 2007 at 10 a.m. at the Bayside Church Of Christ in Virginia Beach with Pastor Mike Lucas officiating.

Jim was a very caring person. I was a single mom when I met him and Linda 14 years ago and he was always there for the hard times of raising a child alone. I know he’s in a better place, but he will be greatly missed.

Just wanted to say, James was a great guy and a awesome conversationist. He will be truly missed!

tanya taylor, from his courtyard family

We were very sorry to hear about the death of Jim. Please know that you are in our thoughts and prayers. If we can do anything for you please let us know. Charlie, Dianna, Megan

My prayers are with everyone in the family especially for James and the progress of his dear soul. Hearing of his passing brought all of the great summer memories of him and Vicky at the lake. And how he loved fishing! The video tribute is just awesome!

Linda, words cannot express the sorrow that comes with the loss of a loved one. It is good that we can take comfort in knowing that our Lord will deliver you and James through this very difficult time. Jim was loved and will truly be missed. We Love You. The Martin Family. Psalm 31:24

Our deepest sympathy and prayers for you and your family.

From the Ibanez Family

Ourthoughts go out to all of the family. Uncle Al and Ruby

So sorry to hear of your loss. Our prayers are with you.

The Amados former members of Norfolk church of Christ

Uncle and Aunt Jeanine – although the miles between us are many, our thoughts are with you during this time. God Bless

Uncle Jim, Aunt Janine, Linda, James, Vickie, I’m so sorry for your loss. I don’t know what else I can say.

We used to enjoy having Linda, Jimmy and James stop by when they were visiting in the area. I’ve missed seeing them since I moved to Grand Ledge.

Know that my love and prayers are with you all.