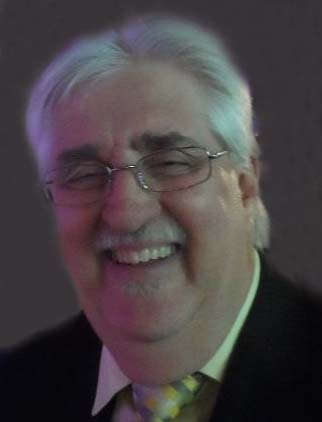 Jack was born September 18, 1951 in Bellaire, Ohio a son of Mary Ann Palkovich and the Late Jack Faye Conaway Sr.

Preceding him in death was a daughter, Vicki Gibbons in 2010.

Friends then received on Friday, January 3, 2014 at the First United Methodist Church, 3402 Guernsey Street, Bellaire, OH, from 9a.m. until time of funeral service at 10a.m. with Reverend Sheryl Seitz officiating.

Memorial contributions may be made to the First United Methodist Church Handicap Accessible Fund.

So sorry for your loss. Jack was a very friendly and nice person. He will be missed by all of us at Penn Mac and by the many customers he serviced. So sorry I could not make the viewing the weather was to bad. Best Regards.

Dear Conaway family; I am so sorry for your loss of Jack. I have so many fond memories of your whole family. The days Susan and I used to hang out with the band and all the time spent at your house. Prayers to all of you doing this difficult time.

Dear Debbie, Tara, Tonya, Mary and Conaway family. So sorry about Jack. He was such a good man and walk the walk of his beliefs. He will be missed by so many. You all are in our prayers.

So sorry to hear of the loss you are all feeling. Please know you are all in my thoughts and prayers. May God be with each of you and bring you peace in this time of sadness.

I am so very sorry for your loss, I could tell by the smiles on your faces in the pictures that were shared on Facebook as well as the memorial video, that you were happier with Jack then ever. I am so glad he was able to bring such happiness into your life even if for a short while. I have absolutely no words to express to you the sympathy that I feel for you. Except for to say, “If God brought you to it, He will see you through it”. I know it is hard to lose a loved one, I have no idea how hard it is to lose a loved one that has brought you so much happiness. Please know my thoughts and prayers are with you always.

I am so very sorry I couldn’t make it to the visitation or the service the weather and living in Colliers, WV, did not co-operate.

I was saddened to hear of Jack’s passing. May God Bless you all during this difficult time.

Jack was such a wonderful caring person. He will be missed by us on earth but God called him & I’m sure he said “Here I Am Lord” He’ll be waiting at the gate for all his loved ones.

My thoughts and prayers go out to the Conaway family. God Bless you all.

Randy and the rest of the Conway family, I’m so sorry for your loss of son and brother and husband. I remenber lots of fun though the church. My thoughts and prayers are with you all.

There really aren’t words that you can say at a time like this. My thoughts and prayers go out to all the family and friends. It will not be the same when I come home to visit and go to church and not see Jack in the choir. Peace Jack.

To all of Jack’s family and Debbie Cordery Family, God has taken another one of his children here on earth home and I know he is in a much better place. God Bless you all at this very sad time! Jack was a special person and friend since our school years in Bellaire and also attended church with him many years ago!

To Debbie and the Family of Jack,

Please know that you are all in my thoughts and prayers at this time. Although jack may be physically gone he will live on in your hearts forever.

To the Conaway family and Debbie and her family, my deepest sympathy goes out to you. There are no words I can say to make you feel better. There is nothing I can do to take your pain away. The only thing I can do is share some found memories of a great man we all knew and loved. I’ll never forget that infectious smile or that laugh. Usually, always laughing at something one of us girls said or did. He always greeted you with a warm hug or a strong handshake. For the 11 plus years that I’ve known the Conaway family I don’t think I ever saw Jack in a bad mood. He was always so happy. Especially when he was around his daughters and granddaughters. As we reflect on the man he was, we can not forget the love he shared for his church. Always helping out or donating his time. Never saying no. As I type this with tears in my eyes and thinking how this is not really happening. I will try not to mourn the loss of a great man but instead I will celebrate the life he lived and the best friend he gave me. Jack, I know you are where you’re supposed to be but just know we all love and miss you already.

To the Conaway family and Debbie Cordery and family,

Our prayers and thoughts are with you at this very difficult time. We were both classmates with Jack and knew him to always be a kind and caring person. He will be missed by all who knew him. May God be with each of you at this difficult time and always.

With our deepest sympathy,

To the Conaway family,

my condolences and prayers go out to a friend I will miss very deeply. I am glad I got to see him once more before this tragic event, and pray that he is in a place where he can watch over us until we see each other again.

Bless everyone affected by this loss and give them strength to get through it during this time of the year.

To the Conaway family,

I am so very sorry for your loss, even though, over the years we have drifted apart, I remember being welcomed into your loving home and the friendship shared with Val and Wendy, but where there was one Conaway there were all, so the friendship was family wide. My thoughts and prayers are with all of you, I do not have the words to express the heart felt sympathy I feel for you at this time. I lost my oldest sister Wanda Rude on Dec. 30, 2010. I know that God saw me through the loss I experienced as I know He will see you through also. I am so sorry I didn’t make the visitation or the service, but the weather was not on my side, especially living in Colliers, WV now.

To the family of Jack and Debbie:

You are all in our thoughts and prayers today. We regret we are not going to be able to make it to the Funeral Home today due to the wheather. I am afraid of falling in the snow. I know God is watching over all of you and is holding you in His loving arms. Know Jack’s loss is touching many lives and we sympathize with all of you. We love you in Christ as our Sisters and Brothers. We are here for all of you God Bless you and keep you in His loving arms.