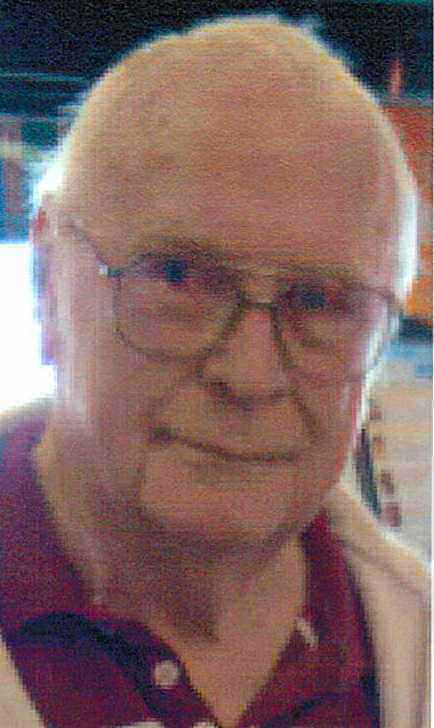 Jack D. King, 76, passed away surrounded by his loving family August 16, 2012 at his home in Yorktown. Born April 9, 1936, in Long Beach, Calif, he was the son of the late Sturlyn C. King and Freda King. He served in the USAF from 1954-1978 and it was while he was stationed in Germany that he married the love of his life, Renate, in 1960. Together, they raised five children and recently celebrated their 52nd wedding anniversary. After retiring from the Air Force, Jack began a second career with Wyle Laboratories as an electronics technician and retired in 1997. Jack enjoyed camping, woodworking, and in his later years, enjoyed playing darts with Renate at the Moose Lodge and American Legion. He did everything with his wife and best friend, including helping her run her internet-based business. He lived for her and his family all of his life. His family will miss his presence, but will cherish their memories. He is survived by his loving wife, Renate, and their children Billy King and his wife Michelle, Gina King Culp and her husband Mark, Glen King and his wife Cheyenne, Brian King, and Brenda King. Also left to cherish his memory are his 6 grandchildren and 2 great grandchildren. Condolences may be expressed to the family online at altmeyer.com.

Great sympathy goes out to the King Family who lost their Dad. He was a good man and I feel honored to have gotten to know him. My love to you Big Jack.

It has taken me quite some time to post here, having seen Mom in so much pain writing her words for you. It was also so hard being there with you, Dad, holding your hand as you took your last breaths…I wanted so bad to bring you back and make you young and healthy again. Well, you will live inside of us all forever…all of us made of little pieces of you. For now, that is all I have…until I see you again in heaven. I love you so much…

My friendship with Jack started when he came to a vacuum shop I was running to buy a pump for his steam cleaner-that was Jack always tinker with something. For the next 12 year Jack worked for me or I worked for Jack not for the money, but for the friendship. I cannot count the number of times that I helped him fix or expand his house, nor the number of times he help me with one of my properties.

Jack I will miss you and I loved you like you were my father.

Jack you we a true friend and father. I loved every minute we had together and you will never ever leave my heart. God Bless You I will always remember you as my new “DAD” forever and always!

My sympathy is with his immediate family. I hope this helps bring the family closer together.

Renate and family, I am saddened by Jack’s passing but am relieved that he is no longer in pain. He was a trooper, never complaining and always kept a positive attitude. Renate, he loved you with all his heart and will be watching over you and your family. Mike and I are blessed to have had Jack and you in our lives.

Rest in Peace dad. You were loved by so many people. We will miss you dearly. I love you!

thank you dad for the wonderful life you have given us. the times you have shared with us will be cherished forever god bless you i love you

To the King family, the world has truly lost a great man with the passing of Jack. I didn’t know him long, but never have I met a kinder, gentler or caring man. I had the honor several times while playing darts to call him a team mate as well a friend. Jack you will be missed by all. Thank you for touching my life and showing me true strength and charater.

Words cannot express the loss I feel for my husband. He was my life. I want to thank everyone for the sympathy cards and wishes. Jack suffered for over a year and it is a relief that his pain has finally ended. I love you so much, Jack, and it will be a beautiful and happy day when we are together again in heaven holding hands and loving one another as we have for many years. Meanwhile, your “brood” as you called them in your final words is supporting me and I am taking care of them as you have requested. Rest in peace My Love!

You were taken from us too soon, but at least you are no longer suffering. I have so much to be grateful for. Thanks to you, I had a wonderful and loving childhood. You had so many great qualities that you passed on to us kids. From you, we learned the value of hard work and education,ethics, compassion…just to name a few. And you taught us these things by your own example. I strive to be as good of a man as you were. I will always love and remember you and will try to raise my son, Jack, to be as great a man as was his namesake! Rest in Peace Dad…until we meet again!