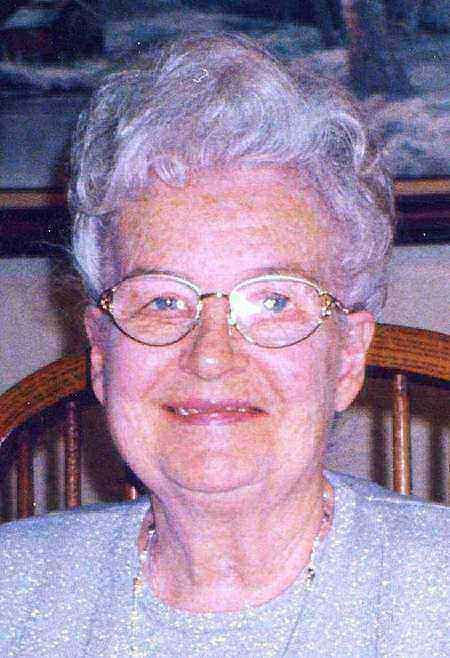 and up until the time of the funeral on Wednesday at 2:00 PM

and up until the time of the funeral on Wednesday at 2:00 PM

Ina Elizabeth Lane, age 84, formerly of Andrews Avenue in the Oakmont area of East Liverpool died on Monday, January 7, 2008, after a lengthy illness. The daughter of the late Alex and Ada Phillips Fettes, Mrs. Lane was born in Coatesville, Pa. on July 28, 1923; she had lived most of her life in this area. She was a graduate of Midland High School in 1941 and the Ohio Valley Business College. Mrs. Lane was a homemaker most of her life and at one time worked for Dr. Mayberry in East Liverpool and Crucible Steel during the war.

So sorry to hear about the passing of your mom. I know that sometimes it can be a blessing for them, but I also know that regardless, it’s hard for those who love them.

I apologize for missing the calling hours, I missed the paper for a couple days and was too late. I hope to see you sometime soon to give you my condolences in person.