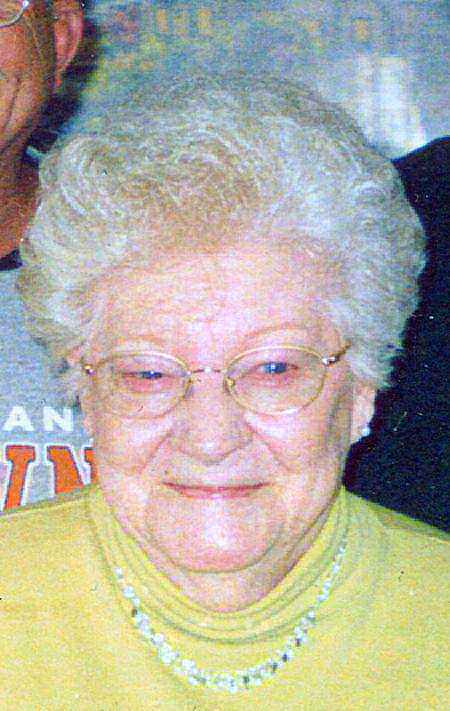 Ileen Mouse, 86 of Division Street, East Liverpool died at Heritage Valley Health System in Beaver, PA on Wednesday, October 10, 2012 following a brief illness. She was born in East Liverpool on May 14, 1926 and was a daughter of the late Roy C. and Sara Ann Davis Hall.

Living her entire life in this area, she was a graduate of East Liverpool High School. Her joy in life was spending time with her children and grandchildren.

Besides her parents and husband, she was preceded in death by her daughter: Nancy Greer and a sister: Pauline Hopper.

Services will be held at the Calcutta Chapel of the Martin MacLean Altmeyer Funeral Homes on Monday, October 15, 2012 at 11:00 AM with Pastor Dirk Hall of the Wellsville Church of the Nazarene officiating.

The family will be present to receive friends at the funeral home in Calcutta on Sunday, October 14, 2012 from 1-3 and 5-7PM.

Bob..to you and all your family,our thoughts and prayers with the loss of your Mother.

We are so sorry for the loss of your Mother, Debbie. I never met her but from all the stories you have told me, I would have loved her dearly. Remember through this difficult time, ONE SET OF FOOTPRINTS, He has carried me many times and will carry you and your family. Our prayers are with ya’ll. Love Ya, Kim <3

Debbie and Jimmy, my condolences to you and your family during these sad times. She was always good to me when I was a young boy. God Bless Her…and she in now walking with angels…..Aloha Billy

My heart and Codolences go out to you, the wonderful family of Ms. Ileen Mouse. She and I grew to know each other quite well,as I was one of the drivers from Tri State Cab, who took her shopping and to Dr.’s visits.

She always had a smile for me, and I so enjoyed her company. She was always delightful to have conversations with and did enjoy the funny side of things.

May God hold her in his loving arms and give her comfort. She was a beautiful woman and friend.