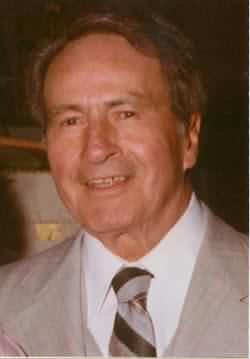 He was born on January 18, 1902 in Wheeling, a son of the late Henry and Mary Ann Riley Tofaute.

He was a retired head of shipping at Wheeling-Pittsburgh Steel Yorkville Plant. He was also a member of St. Michael Catholic Church, Wheeling, the Wheeling Elks Lodge #28, a life long member of the Knights of Columbus, and the former President of the Yorkville Lions Club.

In addition to his parents, he was preceded in death by his first wife, Katherine McDermott Tofaute; and a daughter, mary Katherine Hagen.

There will be no visitation. Friends are invited to attended a Funeral Liturgy with mass on Saturday, February 24, 2001 at 10:00 am at St. Michael Catholic Church, Wheeling, with the Rev. james Sobus as celebrant. Interment in Mt. Calvary Cemetery, Wheeling.

Memorial contributions may be made to the St. Michael Catholic Church, 1225 National Road, Wheeling or to the Good Shepherd Nursing Home, 159 Edgington Lane, Wheeling, WV 26003.