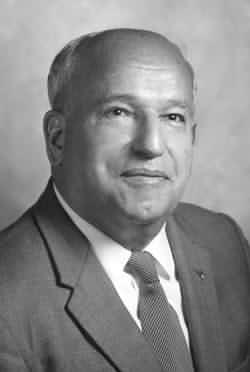 Henry was born September 8, 1918, in Benwood, a son of the late Frank and Antonia Tittle Kubeck.

He was a retired journeymen machinist at the Bloch Brothers Tobacco Co., Wheeling plant, for 18 years. While employed at the Wheeling plant, Henry served as a shop steward for the Local #818, I.A.M. He was a member of the Board of Directors at the Mail Pouch Federal Credit Union; served as a committee member of the Employee Benefit Association and the Safety and Health Committee. He was also a member of St. James Catholic Church, McMechen; the Moose Lodge, Moundsville Eagles and a charter member of the Air Force Association since 1940.

In addition, Henry was a veteran of World War II, having served as a T/Sgt. with the Air Force. He served in Bizerte, Africa; Naples, Foggia, Rome, Amo and the North Appennines, all in Italy. He held several decorations, including the Bronze Star.

In addition to his parents, he was preceded in death by a son-in-law, Herman Wayne DiCarlo, in 1995; two brothers, Francis and John Kubeck; two sisters, Julia Kubeck and Mary Kubeck Myers.

The family suggests that memorial contributions may be made to the American Heart Association.

Dear Siggy, Your dad was always such a gentleman … I enjoyed working with him on the Housing Board. I know you very close to him and I hope your happy memories will help you in the days ahead. I will keep you – and him – in my prayers. Becky Clutter