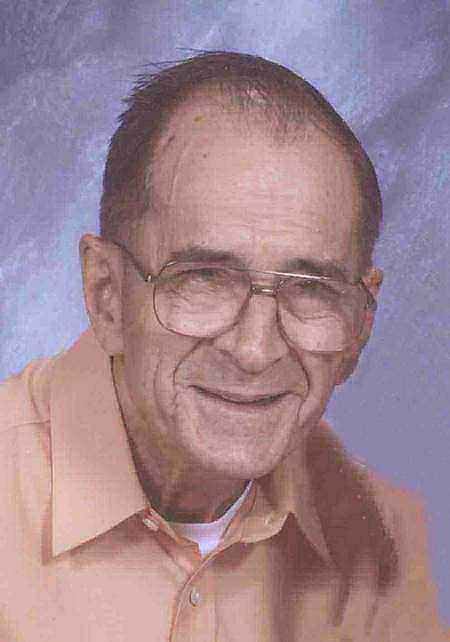 He was a member of St. Mary’s Catholic Church, Shadyside, Ohio, and retired from Consolidated Aluminum Corporation as an electrician. He was a member of the American Legion Post # 159 and a US Army Veteran of WWII and the Korean War.

Family and friends will be received Friday October 21, 2011 at the Bauknecht-Altmeyer Funeral Home and Crematory 3900 Central Ave. Shadyside, Ohio from 2-8pm. Funeral liturgy with Mass will be celebrated at St. Mary’s Catholic Church, Shadyside, Ohio, Saturday at 11am with Father Samuel Saprano as Celebrant.

Memorial contributions may be made to St. Labre Indian School of Ashland, Montana Indian Reservation and School or St. John Grade School.

There will be a Legion service Friday at 4pm in the funeral home.

There will be a Vigil service Friday at 7:30pm in the funeral home.

Dianne and Jeff you are in my prayers and thoughts. Haven’t talked to you guys in many years – but I remember all the Pinochle we played with your dad. And of course all the trouble we would get into as kids, which of course led to a Mr. Burger tongue thrashing ; He will be truley missed…

Hank was a great guy!! You were lucky to have had each other for the time you did!

Iam so sorry to hear of the passing of one of my Best old time , buddy ,electricans. Hank was a very good friend . Sorry i cannot make it to the services. My thoughts and prayers , are with the family.

Our thoughts and prayers are with you from all of us at the Schiffler Cancer Center.