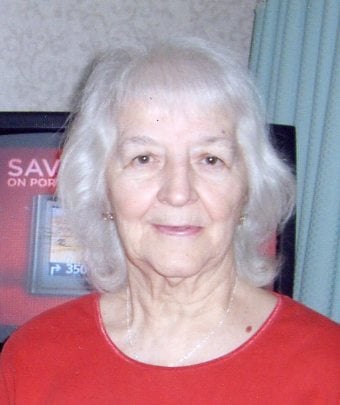 Following the burial at the cemetery

Following the burial at the cemetery

She was born in Wellsville, OH on August 26, 1930 and was the daughter of the late Bernie and Ethel May Parsons Nelson.

A lifelong area resident, Mrs. Tice was a wife, mother and grandmother. She graduated from Wellsville High School in 1949.

Services will be held at the Calcutta Chapel of the Martin MacLean Altmeyer Funeral Homes on Friday, August 7, 2009 at 1:00 PM. Burial will follow in Columbiana County Memorial Park. Following services family and friends will gather for food and fellowship at the East Liverpool Chapel and Hospitality Center at 145 W. 5th Street .

Cathy and all the Nelson’s send their deepest sympathy to all aunt Helen’s family. Our thoughts are with you all at this sad time.

Girls & Family,I’m sorry for your loss. My thoughts and prayers are with you. God Bless

Our prayers & thoughts are with the family, may God be with you all.

sorry for your loss;heaven is a better place. helen was my sister jean sims best friend. now they are together again in heaven.

Wanda, I’m so sorry for your loss. My thoughts and prayers are with you.

Wanda, may you and your family find peace as your mother has. Bless you all. Jane Ann Blanchard

Your family is in my thoughts.