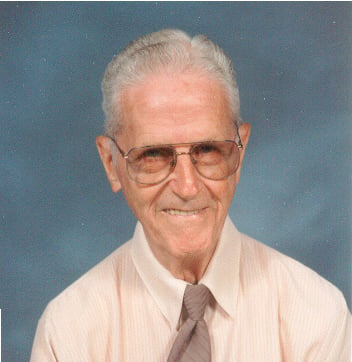 The son of the late Harold V. Brookes Sr. and Ethel Anna Patterson Brookes, he was born in East Liverpool on May 15, 1915. Living his entire life in this area, Mr. Brookes had worked as a Gold Liner and Technical Engineer at the Homer Laughlin China Co. in Newell, W.Va. for 45 Years, retiring in 1980. He was also a member of Local 124 of G.P.P.A.W.

He survived by his wife, Mary Elizabeth Ware Brookes, whom he married on February 11, 1937.

In addition to his parents, a son, Larry K. Brookes Sr., preceded him in death.

Services will be held at the Calcutta Chapel of the Martin MacLean Altmeyer Funeral Homes at 12:00 Noon on Wednesday, March 24th, 2003 with Rev. Gerald Mullen and Pastor Jeffrey Siegler officiating.

Burial will follow in the Columbiana Co. Memorial Park.

The family will be present to receive friends on Wednesday, March 24th, 2003, from
10 AM up until the service at 12 Noon.