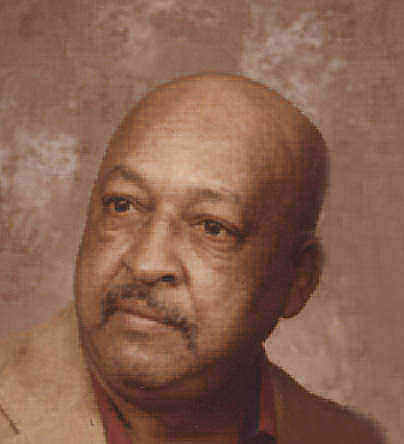 He was born on April 21, 1923 in Bellaire, Ohio to the late Clarence Boyd Biggs and Florence Helen White. He was preceded in death by his loving wife of 54 years, Juanita Sylvia Jones; Sister, Lillian Biggs and brothers, Norman, Robert and Rolland Biggs.

Harold graduated from Bellaire High School in 1941 and shortly after, enlisted in the army. He courageously served as one of the famed and distinguished “Buffalo Soldiers” of the Calvary of Engineers during World War II and was awarded the Colmar Coast of Arms. His service during World war included tours in France, Belgium, Italy, North Africa, and Germany.

Upon his return from the war Harold attended West Virginia State College and the Ohio state University.

Family and Friends will be received Sunday September 23, 2012 at the Bauknecht-Altmeyer Funeral Homes & Crematory 441-37th Street Bellaire, Ohio from noon to 4pm and 6 to 8 pm, where services will be held Monday, September 24, 2012 at 1 pm.

Interment will be at Greenwood Cemetery, Bellaire, Ohio.

So sorry to hear about your dad. I was hoping to be able to be there but it is just not possible. Remember that earth has no sorrow that heaven can not heal. The Lord will give you all the strength that you need and he will be there for you many days after. God says in his word that he will wipe away all tears from your eyes. Be blessed in Jesus Name. I will continue to lift you up in prayer. If you need a listening hear don’t hesitate to call.

Friends remember each other across the miles. True friends add their prayers and moral support to decrease the burdens of loss of family members.

Our parents top that list as I know. I recently lost my Mother at age 91 and my Dad 2 years ago. Our classmates came forward to offer their condolences as I do now for you.

We remember our parents for what they taught us: faith, honor, and most of all, respect for others. May

you reflect those qualities on them as they did to you and your family.

May God give you strength in time of need.

You all have my sympathy of the passing of your father.

Gordy and family…..expressing my thoughts and prayers for you at the passing of your Father.

I send love and condolences to my friends.I know that God will get you through the hard times. I will be praying for you all. With Love Ruth Snell

Ivee and Clarence my thoughts and prayers are with you during these hours of grief. May God’s love and mercy be with you and the Biggs family. I know how much you loved you Pap Pap I remember the funny conversations I shared with him at Ivee’s graduation.

MAY YOU FIND COMFORT IN MEMORIES.

MAY THE REMEMBRANCE OF LIFE YOU

CHERISHED FILL ALL YOUR DAYS WITH LOVE.

SHELLY WE LOVE YOU AND SORRY FORYOUR LOSS. TOM/MARY NEWTON

My deepest and heartfelt condolences to all of the Biggs family during this solemn period of grief. My prayers are with you.

My deepest sympathy to the Biggs Family on the passing of your father.Remember all the good times you had together with your father. He’s gone from this earth, but he will always live on in your hearts.

My heart aches with yours at the loss of your father. I pray that you will all remain close and share memories always. Please accept my most heart felt condolences…my love and prayers are with the Biggs family.

My sincere condolences and prayers to the family and friends of Harold Sheldon Biggs. May your faith give you strength, your memories give you comfort. May GOD’S love give you peace. Thank you for your service to our country. “A True American Hero”. God Bless †

Our prayers are with the Biggs family. We pray for comfort for all of them. Mr. Biggs was a good friend to my husband Robby and I. He will be sadly missed until we meet again. May God Bless

Our thought and prayer for all the family

I remember your father from his masonic group doing services at the funeral home.

He was a nice man.

Skully, I have such fond memories of your intelligence, humor and the bond with your brothers. As well, your compassion and kindness will always be remembered. Watch over all of us left behind. Guide those who received untruths assuring them truths will ultimately be revealed.

Praying you will find assurance in His Word, peace in His presence and comfort in His love.

We are keeping you in our prayers.

To The Biggs Family:

Please accept my deepest consolences for your loss and may God continue to provide us all with strength during this most difficult time. Rest In Peace Mr. Biggs, Rest In Peace My Friend.

We wish to express our deepest sympathy in the loss of your Father. Please know that you are in our prayers. May God Bless you and strengthen you all during this most difficult time. Love, Valerie and Duane Eason

We would like to express our deepest sympathy to the entire Biggs Family.We have many fond memories and fun times shared with Mr.Biggs. His great sense of humor will be missed by all who knew him. He was a wonderful person and friend. We pray for the family to have strength and courage at this difficult time. May God Bless each of you.

With our love and prayers.

Major and Idora Kimbro and family

With our deepest sympathy we send our condolences for loss of your father, our neighbor, and friend of many. While there are no words that can express a loss as great as this, try and remember what a pleasure as well as a blessing to have had your dad, all the laughs,good/bad times shared, antics and so-on, and we hope that will put a smile on your face and reassure you of his unconditional love. May the lord wrap you all in his arms during this difficult time and give you all the strength needed. In ours prayers, love ya Cheryl and Family

You have my sincere condolences on the loss of your father.

Although no words can really help to ease the loss you bear, just know that you are very close in every thought and prayer. Mr. Biggs kept up the fight until he just got tired and now we know that he is at peace and rest with his loved ones and our Lord and Savior. Please accept my sincere apology for not being there for his viewing or funeral. I was not aware that he had passed until late Sunday evening. If there is anything that I can do, please let me know. God Bless each and everyone of you.