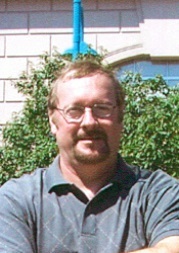 He was born February 25, 1955 in Wheeling, West Virginia a son of the late Harold J. Dunfee, Sr. and Dorothy Mae Summers Dunfee.

Jesse was an employee of the First Energy Corporation’s R E Berger Plant at Dilles Bottom; a member of the former First Reform Church in Bellaire, Moriah Lodge 105 F & AM in Powhatan Point and WAGS, a society for cast iron collectors.

Surviving is his wife, Kimberley A. Brehm Dunfee, whom he married on October 7, 1989 at the Brooks Run United Methodist Church; one sister, Janet Sue Tom Jablinske of Arizona City, Arizona and one brother, James B. Denise Dunfee of Shadyside, Ohio. Also several nieces and nephews and his best friend, Sampson.

Family and friends will be received at the Bauknecht-Altmeyer Funeral Homes & Crematory 441 37th Street Bellaire, Ohio on Sunday from 12 Noon to 3 and 6 to 8 pm where services will be held on Monday at 11 am with Rev. Van D. Fisher and Pastor Bill Marinelli officiating. Interment in the Davis Cemetery in Bellaire, Ohio.

Memorial contributions may be made to the American Melanoma Foundation or the Brooks Run United Methodist Church.

Share your thoughts and memories with Jesse’s family at altmeyer.com.

Kim and family we are saddened by the news of Jesse’s passing our thoughts and Prayers are with all of you during this time of sorrow !

We are so sorry to hear of your loss. We will keep you in our prayers for God’s strength and comfort.

Kim, I am so sorry that I couldn’t make it in for the funeral. Harold would tell me so often that he married the love of his life. He was so very happy with you. We went to school and grew up together. Sincerely, Donna

Kim, I am so sorry to hear of Jesse’s passing I didn’t find out until March 15th.He was so helpful when I transferred from First Ward to West Bellaire school.I haven’t seen Jesse for years,but I always thought of him. We graduated together in 1973 and I will always have fond memories of him. God be with you Kim.

Kim, my deepest sympathies to you during this difficult time. Jesse was a wonderful man. I always enjoyed talking with him at the Burger plant.

Peace be with you my classmate. Thanks for the memories. RIP; Harold.

To Kim, Janet, James, and Family

My deepest sympathies go out to you upon the loss of Jesse. What a wonderful person he was, a truly nice guy who many people loved and admired. May God hold Jesse and you in the palm of His hand. God Bless