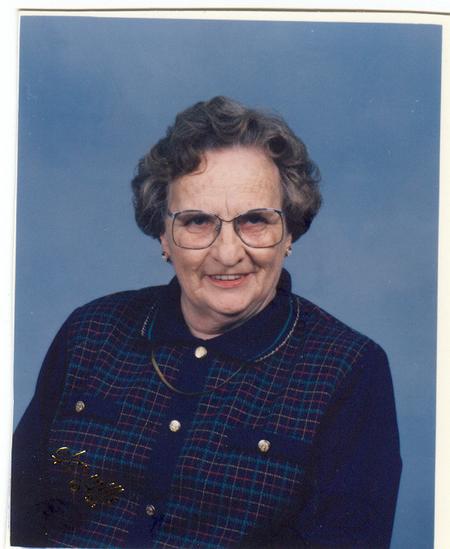 Berry, Hallie Geneva Lilly, 79, died peacefully Monday night, March 8, 2004 in Reynolds Memorial Hospital, GlenDale, WV. She was born in Lillybrooke, WV on August 21, 1924. Hallie was a retired nurse who started her career in the Army Corps of Nursing at Norfolk, VA. She was a nurse at the Beckley Hospital, Reynolds Memorial Hospital and the Appalachian Hospital where she retired in 1988. She was a member of the GlenDale United Methodist Church and the United Methodist Chapel, Beckley. Hallie was a cub scout leader in GlenDale. In addition to her parents, Henry and Cosby Lilly, she was preceded in death by her husband, John W. Berry in 1970; a daughter, Elizabeth Jean Schlenker, a son, Fred M. Schlenker and a brother, Albert Lilly. Surviving are two sons, Rodney T. BerryRita of GlenDale and E. Russell Berry Schlenker and his fianc

Sorry to hear about the death of Hallie. She was a good friend to me for a lot of years. She was a great nurse and she loved her family very much. She will be missed. May God bless you.

I worked with Hallie @ BARH. I was sorry to hear of her passing. I thought she was a wonderful person to work with. I have a lot of good memories of working with Hallie. My thoughts & prayers are with her family. She was a special person and an exceptional R.N. I am no longer working but I often think about some of the times we had. Again, my prayers are with the family.

My heart goes out to each and everyone of you. Hallie was my family, and my friend. We talked a lot. I broke my ankle and had it in a cast that cause an ulcer on the top of my foot. I will be having some test on Tuesday, they may want to do angioplasty on my legs. I tried to call Hallie several times before I left Beckley, but could not get her. Hope everyone is doing alright. I think of all of you often.

With all my love,