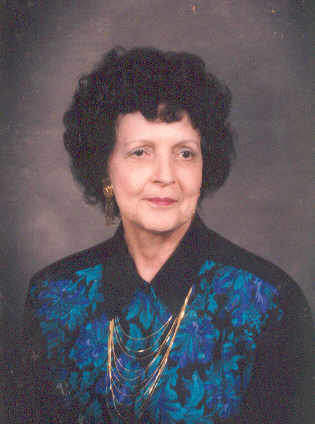 She was born November 15, 1924, in Ripley, West Virginia, a daughter to the late Barry and Georgia Casto Smith.

Mrs. Checkler, a lifelong area resident, worked at the Homer Laughlin China Company for 22 years in the strip department and then at the former Modern Shop in Wellsville, OH for five years. She and her late husband Nicholas A. Checkler, were owners and operators of Nicks Pizza in Wellsville which they founded in 1955. She was a graduate of Ripley High School in Ripley, West Virginia and a member of Immaculate Conception Church.

Besides her parents and husband, she was preceded in death by a brother, Bernard Smith and three sister, Georgia Williams, Frances Morris and Carolyn Homic Abbajay.

A Mass of Christian burial will be celebrated Saturday, August 7, 2004 at 10 A.M. at Immaculate Conception Church in Wellsville with Father Bernard Gaeta as celebrant.

Burial will follow at Spring Hill Cemetery in Wellsville.

Family will be present to receive friends at the Wellsville Chapel of the Martin MacLean Altmeyer Funeral Homes on Friday, August 6, 2004 from 2-4 & 6-8 P.M.

Please accept my condolences on Aunt Gwen passing away. She and I always shared a special bond and I loved her dearly. I will miss her very much and I know heaven will be a better place with her there.

I was unable to attend partly because it would of been very hard for me to see her that way and emotions isn’t one of my strongest points.

Pinkie–I didn’t know your Mom–but am thinking about you. It’s hard. Please know my thoughts are with you.

Just to let you know your in my

prayers. Your mother will always

be watching over you and your family

My heart goes out to you. I will always remember your Mom, as a sweet, wonderful person. My thoughts and prayers are with you.

I was so sorry to hear about your mom. She was such a beautiful person. She is now at peace and will watch over you and your family. Take care and I will keep you in my prayers.

My deepest sympathy to you and your family at this dificult time.

I know how hard it was when my Mother passed in Dec.1994,Dorothy Smith Busy Bee.

My deepest sympathy to you and your family. I thought a lot of your parents and enjoyed working for them at the Pizza shop.