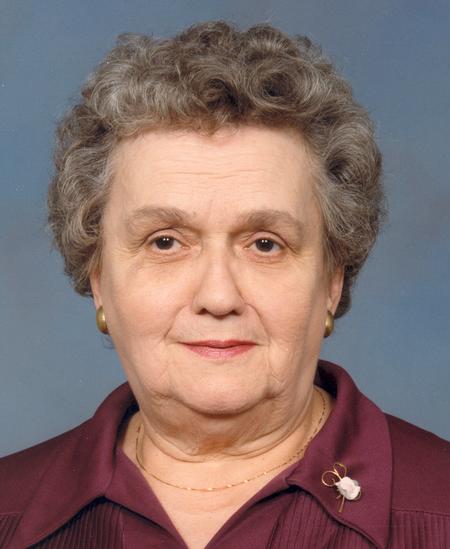 BELTZ, Gertrude E. Holmes, 83, formerly of South Broadway Street, Wheeling Island, died Tuesday, February 22, 2005, at Peterson Rehabilitation Hospital and Geriatric Center in Wheeling where she had resided since November 2001. She was born in Wheeling Aug. 24, 1921, the third daughter of the late Charles R. and Gertrude Becker Holmes. She was a homemaker and a member of St. Michael Parish, Wheeling and its Christian Mothers organization and was a former member of the Island Senior Citizens, Island Garden Club and Blessed Trinity Parish and its Women

Sorry we are not closer at this time for you.We send aor prayers and sympathy to you. Alice sends her love to you also,she has trouble seeing to write.