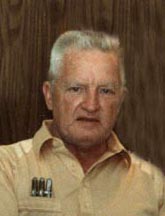 So Sorry For you loss May the lord comfort you in your time of grief. I was in kidney dialysis with your father an Scotty will be missed.