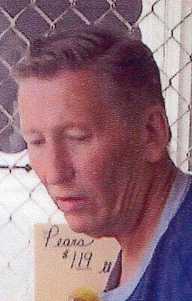 Living most of his adult life in this area, he at one time, managed Carriage Hill Apartments and recently worked at the Evans Fruit Market in East Liverpool. Jerry was also a veteran serving with the US Army.

His companion, Linda Cunningham of East Liverpool and four sisters: Nancy Klotz, Marguerite Francisco and Mildred Spaeth all of Bethlehem, PA as well as Elaine Miller of Hamburg, PA survives him.

Besides his parents, one brother & one sister preceded him in death.

There is no visitation or services planned.

The Calcutta Chapel of the Martin MacLean Altmeyer Funeral Homes is in charge of the arrangements.

Dear Linda I just wanted to thank you for being there for my uncle butch.and doing all that you have done, all though we have never met mom has told me all about you.thank you so very much. love nancy and bob

You have my deepest sympathy and prayers. Although I did not know Jerry personally; I heard that he was a wonderful, sincere, caring, and loving man from Joy. I’m sure he will be missed greatly.

I am so sorry to hear of your loss. Our Jerry fought a hard battle and you were right there with him all the way. Although there were rough times .. you also had many happy times too … those are precious memories that you’ll cherish forever. I’m just a phone call away, my friend. My love and prayers are with you.

Linda, I am truly greatful for all you did for jerry, and I know how much you miss him he will be in our hearts forever, I love you uncle butch we had so much fun out there with you and linda, rest in peace.