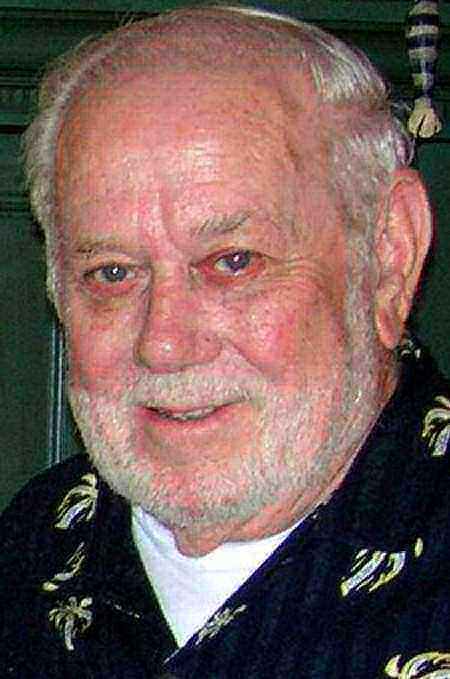 Family will recieve friends one hour prior to the Mass 9:30 am.

Family will recieve friends one hour prior to the Mass 9:30 am.

George Walter Hyatt, born in Baltimore Maryland, passed away November 9, 2011. George attended the University of Maryland before enlisting in the U.S. Marine Corps at the start of the Korean War. George served from 1951- 1953 and fought bravely as an infantry sergeant with Easy Company, 2nd battalion, 2nd Marine Division. After the war, George returned to Bethesda where he met and married Patricia Kakos from Alexandria, Virginia. George and Pat started their family in Granby, Connecticut where George worked for the Standard Machine Screw Company in the engineering and customer service departments. George moved his family to Virginia Beach in 1968 when he was chosen to start U.S. distribution for the U.K. firm Hartridge Equipment Corporation. George retired from Hartridge as Vice-President of marketing in 1986 where he received the 1983 UK equipment design award personally from the Duke of Edinburgh. George was proud to spend many of his retirement years volunteering at the McArthur Memorial, where he maintained the general’s gun collection and helped create the museum’s Korean War exhibit, donating many personal items to the collection. George is survived by his loving wife of 56 years Patricia, his daughters Kathy and Tina, and son Glenn.

A Mass of The Resurrection will be celebrated at 10:30 am Monday, November 14th at Star of The Sea Catholic Church, 1404 Pacific Avenue, Virginia Beach, VA 23451. The family will receive friends 1 hour prior to the Mass 9:30 am. In lieu of flowers, memorial donations may be made to the Virginia Beach Rescue Squad or The Star of The Sea Catholic Church Food bank. Condolences may be offered to the family at altmeyer.com.

Can’t believe “GW”, as I always called him, is gone. He has always been around for much of my adult life. He was my boss, my dear friend, and very much a father figure for me. He gave me my first real job, was there for me through my divorce, the death of my Dad, the death of my Sister, the demise of Hartridge Equipment, and so many, many more trials in my life. I really wish I could hug his neck one more time. Since that is not possible, I’ll just say to his beloved Pat that I wish you God’s comfort and grace during this difficult time. GW and you, Pat, will always be close to my heart.

Dear Pat & Family: We are deeply saddend by your loss. We really didn’t know George until our first family reunion but it was easy to love him.

Our prayers are with you!

Dear Pat, Glen, Kathy and Tina and your families,

You are all in our prayers. George’s love, friendship and support throughout the years are blessings and memories we hold dear in our hearts.

God’s peace with you all,

I remember meeing George in London when you visited many years ago. That started a belated friendship over the years despite the goegraphical logistics. He was fun to talk and write to and we shall miss him. You will know that he is once again in good hands with our God.

George was a fine man with whom I have shared many enjoyable conversations over the years. We shared many interests and he will be missed by all of the folks that knew and admired him. A fine American. Please accept my sincere condolences and know that you are in my thoughts and prayers.

George was a great boss to work for. He lived life to the fullest and everyone who knew him was better for the knowing. Pat, my prayers go out to you.

George will be missed by our whole family. God bless you in heaven

I’m thinking of Geroge and all the wonderful times we shared. One of the best times was the day he took my dad and me to the McArthur Memorial and gave us the “Grand Tour”. It was a great day in the company of a great man.

Pat,Tina,Glenn and Kathy you are in my thoughts also. I send sympathy,love and hugs to you at this time.

It was always a pleasure to be in George’s company and share our life and military experiences. He was a proud Marine who loved his family and country. “We have loved them during life; let us not abandon them until we have conducted them by our prayers into the house of the Lord”St. Ambrose

We will always remember George. He was a proud husband, father, and Marine. The good Lord will see that he watches out for you and your children. Bless you.

We will always remember George. He was a wonderful and sincere person who was always a joy to be around. Please know that you and your family are in our thoughts and prayers.

All of you are in my prayers and I’m holding you close in my heart. Hang in there. I’ll miss my “ole fahrt” with all my heart, and am so sorry and sad that he’s no longer here. I loved George and I love you all. Judy

This page is a beautiful tribute to a wonderful Uncle! He will be truly missed! Love you Unc! Love you, all!

To the Hyatts…I am so sorry about Mr. Hyatt. I hope you all are hanging in there. Thinking of and praying for you.