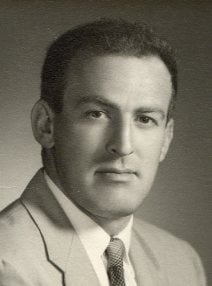 George W. Bingham, 81 of Walnut Street, Leetonia, OH died at his home on Thursday, October 20, 2011 following a lengthy illness. He was born in Wellsville, OH on May 29, 1930 and was a son of the late George P. and Agnes Woodruff Bingham.

Living his entire life in this area, he was a 1948 graduate of Wellsville High School and a 1964 graduate of Tri State College in Marquette, MI. Mr. Bingham worked as a civil engineer for Stone & Webster Engineering at the Shippingport Power Plant before his retirement in 1985. He was a veteran serving with the US Marine Corp during Korea and was a member of the United Methodist Church in Wellsville. He was a member of the VFW Post 66 and the VFW in Leetonia, a former member of the Elks Lodge 258 and the Masonic Riddle Lodge # 315.

His is survived by one son: John Bingham of Phoenix, AZ; one daughter: Siri Richards of Leetonia, OH; one brother: Robert Bingham of Page, AZ and three grandsons.

Besides his parents and wife, two sisters: Marian Schneider and Elsie Eaton preceded him in death.

Services will be held at the Calcutta Chapel of the Martin MacLean Altmeyer Funeral Homes on Wednesday, October 26, 2011 at 12:30 PM with Rev. Paul Sturm officiating.

Burial will be in Columbiana County Memorial Park at the convenience of the family.

The family will be present to receive friends at the funeral home in Calcutta on Wednesday two hours prior to the service from 10:30AM to 12:30PM with Masonic Services at Noon.

God bless you dad you are with mother now and I know you are very happy. I couldn’t ask for a more wonderful dad than you, I am a very lucky girl to have you as my dad, love forever and ever your daughter Siri.

My Dad who will be dearly missed, But I will see you again someday Dad.