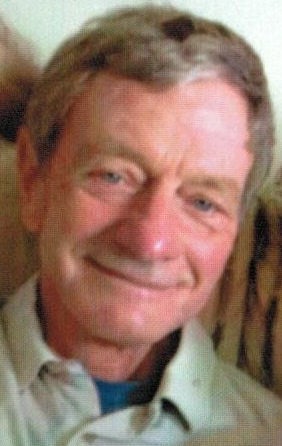 George was born in Zanesville, Ohio the son of the late Albert J. and Mabel Oxley Davis.

He went to Lash High school in Zanesville, where he graduated in 1953, and attended Oho University, in Athens Ohio, graduating with a degree in Radio and Television Broadcasting.in 1957. He worked in that field for 35 years, beginning at hometown radio station WHIZ in Zanesville. His first on-air job was at WOOD Grand Rapids in 1959. Other stations, among others, included stops at WOLF, Syracuse, WFBM Indianapolis, WOAI San Antonio, KAYQ Kansas City WGY Albany, NY and Tidewater. VA station WTAR, WGH and WZCL. He was featured on television programs such as “Dialing for Dollars” and did voiceover work for programs and commercials. George was active in local community and musical theatre productions, including a Footlite Indianapolis production of Bye, Bye Birdie in 1967, where he played the role of Conrad Birdie. He had an interest in the law and attended law school for several years.

After his retirement, George started his own business, Variety Entertainment Services and did DJ shows for weddings, birthdays and other special events. In his later years, he brought joy to many area assisted-living facilities with specially customized musical entertainment programs for the residents, who loved him like one of their own. For the last 5 years, he has been the voice of the on-air music program at the Norfolk Botanical Garden Christmas light show. He loved to play golf and spend time with his family and friends. He was described as gentle, positive, giving, kind and compassionate and would make friends wherever he would go, whether that be at the local pharmacy, hardware store, bank or restaurant. He had lifelong friends from his hometown of Zanesville, with whom he kept in touch his entire life.

His faith in God was very important to him and he was a member of Virginia Beach United Methodist Church.

He is survived by four children; Scott Davis and his wife Lisa, Susan Davis Devine, Michael Davis and Christianne Davis and five grandchildren.

The family will receive friends Wednesday, October 2, 2013 from 4:00-6:00 PM with a service being held at 5:00 PM at the Altmeyer Funeral Home, 1801 Baltic Avenue Virginia Beach. The Reverend Ted Davis will officiate. Burial will be private. Condolences may be offered to the family at altmeyer.com.

God Bless George L. His SMILE was so much a part of his On Air manner. It was impossible NOT to like and respect his Spirit and Friendship. As a young Program Director at WGY in 1978, George and I IMMEDIATELY hit it off due to our common experiences at Ohio University and mutual Friends in Radio. All the talks and tears about our Beloved Ohio U Bobcats! A True PERSONALITY when Radio sought and presented On Air TALENT. George L was one of the most GENUINE and BEST. Smooth and Sincere. A REAL On Air Performer and Friend. Rest now, George. The microphone may now be silent, but your Good Works in LIFE will resound forever.

I had the honor of working with George at WGY radio, back in the mid-70s. George would get to the station usually one minute before going on the air and if he was late, the engineer on duty would play bagpipe music! He made us all laugh with corny jokes and puns, and touched our hearts with pithy sayings and stories.

I was blessed to work with him, know his family, and be his neighbor, too. I know we’ll meet again, George.

I have heard so many wonderful stories about this man. He sounds like an amazing individual. I have had the pleasure of working for Scott, and I must say George must be a very positive and upbeat person. He will be missed :

I have known george 70 years thu grade school,jr hi, hi school and college.my mother treated him like a son and she was very close to georges mother who was a wonderful lady.george was a true friend and we loved him very much! he was one of a kind and had lots of talent – we will miss him! buzz & lois curry

I’m so sorry for your loss. I was happy to hear of the great times you had with your dad. My thoughts and prayers are with you and your family.

So sorry for the loss of George. I am a 1953 classmate and it was so nice to see George at the reunion AND enjoy his pics and music.

So Sorry to hear of Georges passing.. He was a great guy and excellent broadcaster with whom I enjoyed working for several years at the WFBM stations, owned by Time-Life, here in Indianapolis. When he returned to Indy, he would usually give me a call and we would have lunch and go over old times at TV6. He will be missed and we can have the peace and understanding that, as believers, we will meet again.

God bless all of you and peace be with you!

We are sorry to hear of George’s death. We have known him for many years as he was a member of our wedding party. We have remained in contact over the years mostly with Christmas greetings. We will miss him and that contact.