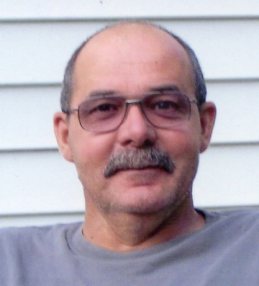 Frank Leonard Johnson, 60 of Salineville, OH died in the Emergency Room of East Liverpool City Hospital on Friday, August 10, 2012 after suddenly becoming ill. He was born in East Liverpool on May 26, 1952 and was a son of the late Harry T and Bernice Gainer Johnson.
Living his entire life in this area, he was a self-employed carpenter and worked for 8 years in maintenance at WHEMCO in Midland, PA. Frank was an avid hunter, fisherman and farmer.
His wife, Pamela K. Shaw Johnson survives him at home. They were married on August 18, 1972.
He is also survived by one son: Daniel L. Johnson and his wife Patsy of East Liverpool, OH ; one daughter: Kandy Ann Johnson of Columbiana, OH; one brother: Harry T. Johnson of Chipley, FL; one sister: Linda L. Eells of Elkton, OH and four grandchildren: James Johnson, Madison Baskerville, Isabella Johnson and Gabrielle Johnson.
Services will be held at the Calcutta Chapel of the Martin MacLean Altmeyer Funeral Homes on Tuesday, August 14, 2012 at 11:00AM with Rev. Tom Adkins of the Campground Community Church officiating.
The family will be present to receive friends at the funeral home in Calcutta on Monday, August 13, 2012 from 6-8PM.

Please know you are on my mind and in my heart. Frank was a great guy – always so kind and friendly. He is now your special angel – always there to watch over you and keep you safe.

Sending love and hugs to you and your family.

Peace be with you today and always –

Pam , children and family, Sorry to hear about cousin Frankie. I remember as a child when Frank would come over to see us that

there were laughter and fun..As we grew up and apart i often thought of his laughter and what a wonderful person he was. My sincere love and prayers for you and the family..Susan FarnsworthMurphy and family…

I am so sorry to hear of Frank’s passing. May the good memories you’ve created over your many years together give you peace, comfort, and strength in the days ahead.

My thoughts and prayers are with you all,

Pam, I am so sorrry for your loss. Know that you are in my thoughts and prayers. May God watch over you in your time of need and give you strength. Your memories will forever live in your heart!

Pam, I am so sorry to hear of Frank’s passing. I don’t know if you remember me or not. I am a cousin of your Dad and I was Deb and Phil’s neighbor for years. Frank did some work for me and I really liked him. He was a very nice guy and will be missed by all who knew him. My thoughts and prayers are with you and your family at this time.

There are no words to mend a hurting heart! but a part of him is always will be with you for ever! and you will see him in the smiles of your children & grandchildren. God is with you !

We are so sorry for your loss. Our prayers that God be with you all and give you peace at this time when you need it most May God Watch Over You All