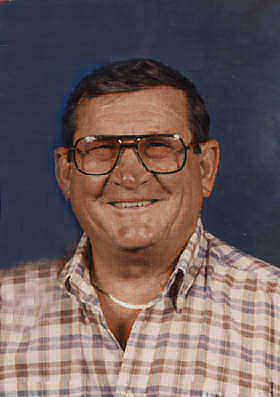 Private for Family and close friends.

Private for Family and close friends.

Frank was born August 29, 1924 in Shadyside, OH a son of the late Frank and Frances Swanovich Klovanich Sr.

He was retired from Consol Energy. He was a member of the Lincoln Avenue United Methodist Church, American Legion Post #521 and Masonic Lodge #724 F & A.M. all of Shadyside, OH,
and a WWII Army Veteran.

Preceding him in death were two brothers, George and John Klovanich, and a sister, Ann Baum.

In honoring Frank’s request, there will be a private visitation for family and friends Monday December 12, 2011 at the Bauknecht-Altmeyer Funeral Homes and Crematory 3900 Central Avenue Shadyside, Ohio from 11a.m. until time of funeral service at 1p.m. with Reverend Randy Weaver officiating.

Interment will be in Powhatan Cemetery, Powhatan Point, Ohio.

Memorial contributions may be made to the American Cancer Society.

Condolences may be sent to the family at altmeyer.com

My thoughts and prayers are with you.

My thoughts are with the Klovanich family during this sad time.

Sincere condolences to Tami and the rest of her family.

Tami and Delores, you are in my thoughts and have my deepest sympothy

You have our deepest sympathy, our thoughts and prayers are with you. In 2nd Timothy, Chapter 4, Verse 6 – 8 we find these words “For I am now ready to be offered, and the time of my departure is at hand. I have fought a good fight, I have finished my course, I have kept the faith: From now on there is laid up for me a crown of righteousness, which the Lord, the righteous judge, shall give me at that day: and not to me only, but to all them also that love his appearing”. “I’M FREE: Don’t grieve for me, for now I’m free. I’m following the path God laid for me. I took his hand when I heard him call. I turned my back and left it all. I could not stay another day to laugh, to love, to work or play. Tasks left undone must stay that way, I found that place at the close of the day.

If my parting has left a void,then fill it with remembered joy. A friendship shared, a laugh, a kiss, ah yes, these things, I too, will miss. Be not burdened with times of sorrow, I wish you the sunshine of tomorrow. My life’s been full, I savored much, good friends, good times, a loved one’s touch. Perhaps my time seemed all to brief; don’t lengthen it now with undue grief. Lift up your heart and share with me, God wanted me now, He set me free”.

In Love and Friendship,

Tami- my thoughts and prayers are with you and your family at this time. I feel like I knew your father from our many conversations. I know your heart is heavy now but your sadness will be replaced with warm memories.

my thoughts and prayers are with you and your mom. may the memories of your father comfort you and the belief he is in a better place calm your heart.

To Tami and Dolores,

I am sorry for the loss of your Dad. I feel like I know him through fun conversations at parties. Please know that you are in our thoughts at this difficult time. Take Care.