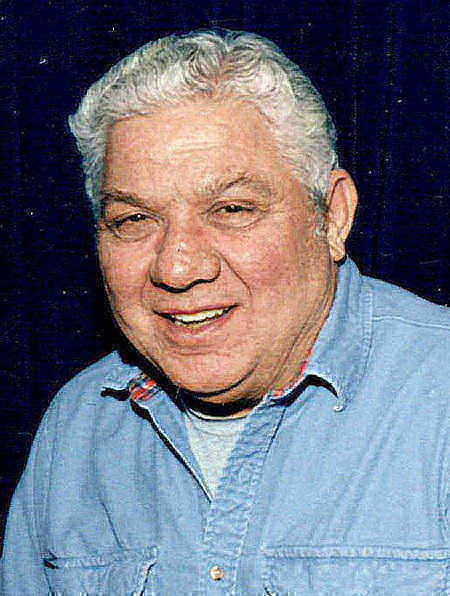 MALTESE, Francis Richard, Sr., 86 of Wheeling, WV, passed away January 27, 2014 peacefully at home.
He was born August 5, 1927 in Bellaire, OH, a son of the late Nicholas and Nina Megna Maltese.
Francis was retired from Roofers Local 188 and Wheeling Country Day School. He was dedicated to his work for over 70 years.
He was a member of St. Vincent de Paul Catholic Church and a Marine veteran of WWII.
In addition to his parents, Francis was preceded in death by a brother, John Maltese, his sister in law, Sophie and brother in law, Joseph “Buck” Wakim.
Francis is survived by his loving wife of 63 years, Betty Lue Jones Maltese, his three children, F. Richard Maltese, Jr., and his wife Cecelia, of Wheeling, Nicholas Maltese and his wife Cheryl, of St. Clairsville, daughter Linda Krulock and her husband David, of Belmont, OH, 10 grandchildren; Alexander and Anne Maltese, Nicholas and Stacy Maltese, Natalie Maltese, Lindsay Krulock, Nicole Maltese, William Watts and Brianne and Vance Phillips.
Francis is also survived by 2 sisters, Dorothy Wakim, and Kathleen Hoffman and her husband Thomas, both of Wheeling and a brother, Donald Maltese and his wife Nancy, of Canton, OH and several nieces and nephews.
Francis was devoted to his family and friends. He never knew a stranger. He enjoyed life to the fullest and will be deeply missed by all of the lives he touched.
Friends will be received on Wednesday, January 29, 2014 from 2-4 and 6-8pm at the Altmeyer Funeral Home, 154 Kruger St., Wheeling, WV304-242-0330, where a vigil service will be conducted at 7:00pm.
Mass of Christian Burial will be celebrated on Thursday, January 30, 2014 at 11:00am at St. Vincent de Paul Catholic Church.
Interment will follow in Greenwood Cemetery.
Memorial contributions may be made to Valley Hospice.
Online condolences may be extended to the family at altmeyer.com

Dear Betty & Family, you have our Deepest Sympathy & prayers at this very sad time. Frank was a wonderful husband, father & our neighbor. Family always comes first.

I Love you Grandpa! I feel so safe knowing you are looking down on me .. You kept us strong for so many years .. now you can rest in Heaven <3

Kathie, Tom, Tommy and Tiffany: I didn’t know Frank, but extend to you deepest sympathy and prayers! Love, Becky and Fred Webb

Linda and family, My prayers are with you and your family at this time. Your dad always had a smile on his face and was so welcoming. Love, Katherine and family

Linda, no words will fill your heart like the laughter and love of your father. In this time of sorrow I hope you find the most uplifting parts of your father’s love to bring a smile to your face and to ease your pain. Hugs from the Kruse’s

May your memories of Francis R. Maltese, Sr., give you peace, comfort and strength…

MY THOUGHTS & PRAYERS ARE WITH YOU BETTY AND YOUR FAMILY….SORRY FOR YOUR LOSS….FRANCIS WILL BE MISSED…WE HAVE A “SPECIAL ANGEL” WATCHING OVER US NOW…HE WAS A WELL LOVED MAN AND WE WILL ALL MISS HIM SO MUCH…..TOM’S SISTER LINDA

Our thoughts and prayers are with you at such a difficult time. Frank will be surely missed by all who knew him.

Sending a huge amount of love and sympathy your way. He is definitely an angel among all of you . Lots of hugs and kisses my friends. Prayers for comfort.