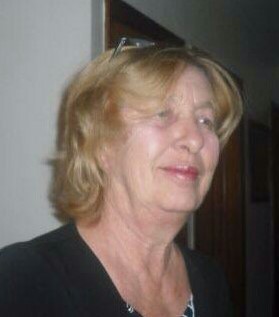 I remember coming over to your home in Glendale, when I was a young girl, counting your penny collection and hanging out in your room. Your Mom was always so nice to me.

I am so sorry for your loss. You and your family are in my thoughts and prayers.

Darlene was a wonderful lady, and was like a 2nd “Mom” to my youngest brother Bill. Our condolences to your entire family.

Gene and family, so very sorry to hear about your mom. Thoughts and prayers are with you all.

My heart is aching for all of you, she was a beautiful person. Love and prayers to you all!!

My heart is hurt & aching. I don’t think I ever saw you without a smile on your pretty face. You have a wonderful family; I’am so glad I met your daughter, because I was very fortunate to meet you.

My remembrance of Darlene will always be found among the pleasantries of my life. She was one of those rare people who met you with a smile, was quick to offer help and genuinely welcoming. She was warm, loving, caring; a good person. I’m grateful for having the privilege of knowing her.

My thoughts and prayers are with you.Darlene was a wonderful, caring and giving person.Always a good friend.

My thoughts are with you my friend.

So many childhood memories.

One of the most beautiful people that ever walked the face of the earth.I know heaven welcomed you with open arms.

Our thoughts and prayers go out to you and you family. She will be greatly missed by all who knew her.

Shelly & Family-please know that you and your entire family are in our thoughts and prayers. We are sorry for your loss. Remember your mom with a smile in your heart and she will always be with you. God Bless Janis Potts

My thoughts and prayers are with you. Your Mom was a very special lady … she was alway upbeat and smiling … and only saw the good in everyone! A friend to many … and always your proud Mom!

Rest in peace, Darlene. You were an angel here on earth to so many … enjoy the next phase of your journey!

Shelly, we are thinking of you & your family. Sending love, light, & prayers.

So sorry to hear of the passing of your Mom. I have known her all my life. She would always stop and chat every time I saw her. She and my sister were childhood friends.

We all grew up in Glen Dale. I will miss seeing her. My thoughts and prayers are with you.