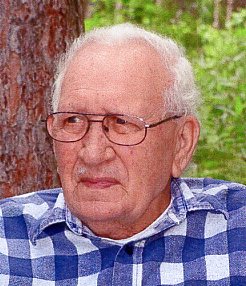 Floyd E. Johnson, 78 of McDonald Street, East Liverpool, OH died at his home on Friday, August 28, 2009 following a brief illness. He was born in Lisbon, OH on July 12, 1931 and was a son of the late James E. and Ethel Winters Johnson.

Living his entire life in this area, he worked for 32 years as a crane operator at the former Crucible Steel Mill before his retirement in January 1982. Mr. Johnson served with the US Army during the Korean Conflict.

His wife, JoAnn Watters Johnson survives him at home. They were married on October 25, 1952.

Besides his parents, one brother: William Johnson preceded him in death.

No visitation or services are planned at this time. A Memorial Service will be held at a later date.

The Calcutta Chapel of the Martin MacLean Altmeyer Funeral Homes is in charge of the arrangements.

The family requests Memorial Contributions be made to the American Cancer Society.

Joan and family my prayers and sympathy go with you all. May God bless you all and quide you thru this difficult time.

Our prayers and thoughts are with your family at this difficult time.

Uncle Rondo and Mr. and Mrs Donald McCartney and Family