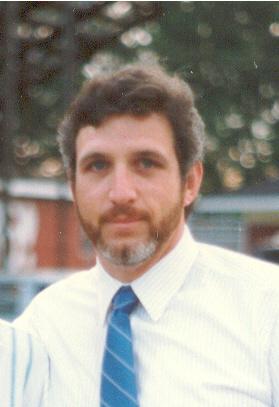 Floyd Craig Redmond, age 49, of Belmont Road Tallahassee, Florida died from injuries sustained in an airplane crash in Spartanburg, South Carolina while on his way home from visiting his family.

Craig is the son of James C. and Shirley E. Morgan Redmond of Rogers, Ohio, he was born in East Liverpool, Ohio on November 18, 1954.

He moved to Florida in 1992 where he worked as a Mechanic for Tires Plus Service Center, last working in November. Craig was a graduate of Beaver Local High School, Class of 1972.

Craig served in the U.S. Air Force at the former Webb Air Force Base in Texas.

His love for flying began as a small boy, whether he was drawing airplanes, dreaming about flying, or acting as though he was the airplane. Craig first flew his solo flight when he was only 16. He had flown everything from kites to the Memphis Belle, the World War II bomber for which he was a crewmember during a documentary about the plane.

In addition to his parents, three sons survive him, Floyd C. Redmond Jr., Paul A. Redmond, and Joshua C. Redmond, all of Rogers, Ohio and a daughter, Jessica L. Redmond of East Fairfield, Ohio. Two Brothers and their wives, James C. and Carol Redmond of Wellsville, and Timothy W. and Terri Redmond of Lisbon, Ohio. One Grandson, David E. Chapman III of East Fairfield, Ohio. 2 Nieces, 2 Nephews and several Aunts, Uncles and Cousins also survive him.

Services will be held at the Calcutta Chapel of the Martin MacLean Altmeyer Funeral Homes on Saturday, January 10, 2004 at 11:00 AM with. Joe Thomas, Minister of the Fredericktown Christian Church officiating.

Burial will follow in the East Carmel Cemetery in Rogers, Ohio, where the Tri-State Burial Group will conduct Military Honors.

The Family will be present to receive friends at the funeral home in Calcutta on Friday, January 9, 2004 from 2 to 4 and 6

We are so sorry to hear of your loss. We will keep you in our prayers.

We are so sorry to hear of your loss and we send our condolences.

Dear Jim, Shirley and family, Mere words cannot express the deep pain I feel knowing that Floyd is gone.The hardest thing for me is knowing now that he lived only 20 miles away from me,but it had been 20 years since I last seen him. You are all in my prayers and in my heart. God Bless you all. DianeIngramMiller

DEAR SHIRLEY & FAMILY: OUR HEARTS GO OUT TO ALL OF YOU. MAY GOD BLESS ALL OF YOU, & GIVE YOU STRENGTH. LOVE, FROM OUR FAMILY, JUDY, PATTY, BOBBY, NITA & ZOANN & FAMILIES.

Floyd was a great friend, and we had lots of Laughs at the Beaver Local Bus Garage where he was a driver and I was and am still a bus mechanic. I still enjoy the Flowers and bulbs he gave me to plant in my garden. They still come up every year and it always makes me think of him. He will be greatly missed. My Deepest Sympathy, Phillip Jackson S.r.

My deepest sympathy to all of you. I’m sorry for your loss.

I just learned of the accident and wanted you to know that my thoughts and prayers are with you. May God be with you and comfort you in your time of sorrow.

I wanted to let you know that I’m thinking about all of you. You’re in my prayers.

To The Redmond Family & Friends

You have our condolences and our thoughts & prayers are with you.

To the Redmond Family:

I am so shocked to hear of your loss. May you feel God’s comforting hand during this time of sorrow.

We were both very sorry to hear of your fathers sudden passing. We are sure he enjoyed life to the fullest. Our thoughts and prayers will always be with you and your family, Floyd.

It has been 18 years since you left us Dad. I have not nor will I ever forget the day you left. I am thankful that I got to hug you and hear you tell me that you loved me one last time. Then you got in the plane and took off , doing an aileron roll at the end of the runway. You buzzed us and off you went into eternity. I can’t wait till that day comes and our LORD reunites is in the clouds. Until then, I love you and wish you could meet your daughter in law and five beautiful grandchildren. Though they’ve never met you in person, they know you and love you. Until that day when we can all be little again, I love you. Your son, Paul.