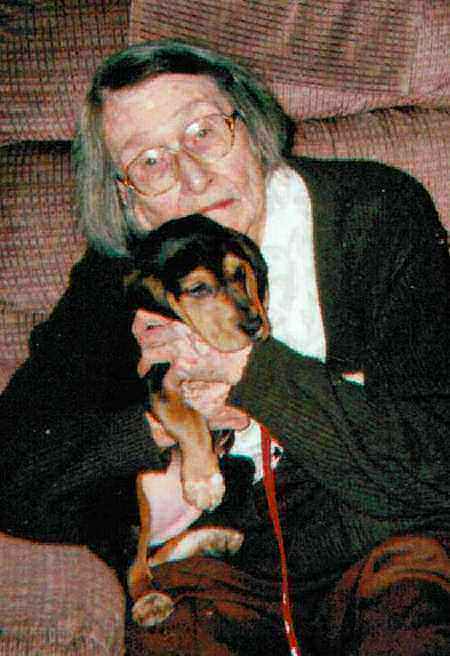 Florence “Flo” Barkley Mailander died Monday, November 18, 2013. She was the wife of 54 years to the late Frank Raymond Mailander of Hampton. She loved her family, her country, the theater and animals as demonstrated in a long life of giving,
She was born April 23, 1919 in Portsmouth to Harvey Knight Barkley and Nora Estelle Etheridge Barkley.
After four years in Portsmouth, she moved to Florida, living in Tampa, Miami Beach, Plant City and Acadia, She returned to Portsmouth at age 12 and graduated from Woodrow Wilson High School in 1936. Starting the same year, she worked through the National Youth Administration in the Little Green Shop and at Boyce Lumber Company. She then lived with an aunt and uncle in Newport News. She attended the College of William and Mary and Newport News Shipbuilding and Dry Dock Company night school, working for NNS&DDCo until 1945. She worked for Fort Monroe Transporation Corporation Board, the Navy SUPSHIP NN&DDCo Typing Pool and in Purchasing. She then worked for Trant Lumber Company in Portsmouth, Shackelford Dodge, Fort Monroe Signal and Fort Monroe Hospital Office.
During World War II, she was with the Coast Guard Temporary Reserve as Head Yeoman 2nd Class with Dr. Tom Hunnicutt as Lieutenant in Charge. It was also during this time that she was a member of the Girls Defense Club with Mary Jane Rinner. After the war, the club changed its name to the Zeta Epsilon Club and helped with charity fundraising for Patrick Henry Hospital.
She served as President of the Women’s Guild of the Peninsula Little Theater for which she was recognized as a volunteer of the year. For 14 years, she served as Vice-President and Executive Director of the Peninsula SPCA. She was an advisor to the Junior Humane Society which had 75 young members helping to run the shelter on Salter’s Creek Road in which Mrs. W.E. Blewitt and Mrs. Wyman were instrumental in building.
Flo was preceded in death by her husband, Frank; her mother, Nora, and her sister, Elsie Sansbury, who lived with her and whom she cared. She leaves a niece, Carol Mailander, in Australia and many close friends who will cherish her memory as a soul who was kind to all creatures.
Memorial donations may take the form of contributions to the Animal Aide Society, 8 Butler Farm Road, Hampton, VA 23669 or the Peninsula SPCA, 523 J. Clyde Morris Boulevard, Newport News, VA 23601.
Altmeyer Funeral Home, Denbigh Chapel, is in charge of arrangements.