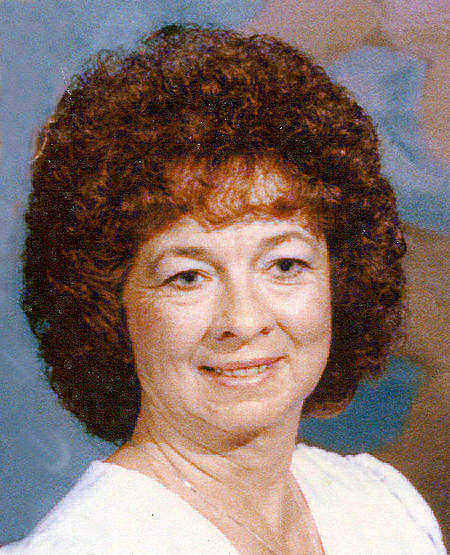 She was born on August 14, 1939, in Wheeling, a daughter of the late Bill and Marie Myers. She was a school teacher for over 40 years with Marshall County School System. She was a member of the Eastern Star, the White Shrine, the past Queen of the Daughter’s of the Nile, the Ladies of the Oriental Shrine, the past Grand Royal Matron of the West Virginia Order of the Amaranth, the West Virginia Teachers Association, and PEIA.

In addition to her parents, she was preceded in death by her first husband, Chuck Mercer, her second husband, John U. Day, and her grandson, Jason Poling.

Friends will be received on Wednesday, June 26, 2013 from 2-4 and 6-9 p.m. at the Altmeyer Funeral Home, 1400 Eoff Street, Wheeling, where the Order of the Eastern Star service will be held at 7 p.m. Funeral services will be held on Thursday, June 27, 2013 at 10 am the Altmeyer Funeral Home, Wheeling, with Amedysis Hospice Chaplain, Rev. Thomas Mathes officiating. Interment will follow at Mt. Olivet Cemetery.

Online condolences can be expressed to the family at altmeyer.com

Diana, Brenda & Rick, So sorry to hear of your moms passing. Heaven has gained another angel. My goodness her picture is just as I remember her while growing up on the lane & swimming in your pool! Take comfort in knowing she no longer suffers & is watching over her family.

I had the opportunity to have Irene as a teacher at Boggs Run Elementary and the pleasure of working with her at Central Elementary. She was a kind-hearted lady and always offered words of encouragement. My deepest and most heartfelt sympathies to her family.

It has been several years since I had talked or seen Irene but when we talked we always covered a lot of territory. She was a friend with my mom and later we became friends. I know she was missed when she retired from teaching and she will be missed by many who she worked with through the many organizations that she belonged to. My one regret was that I let time and distance grow and I never was able to tell her Thank you for all the encouragement, wisdom and kindness that she shared. I will miss her.

Sincere sympathy to children and grandchildren. Enjoyed working with Irene.