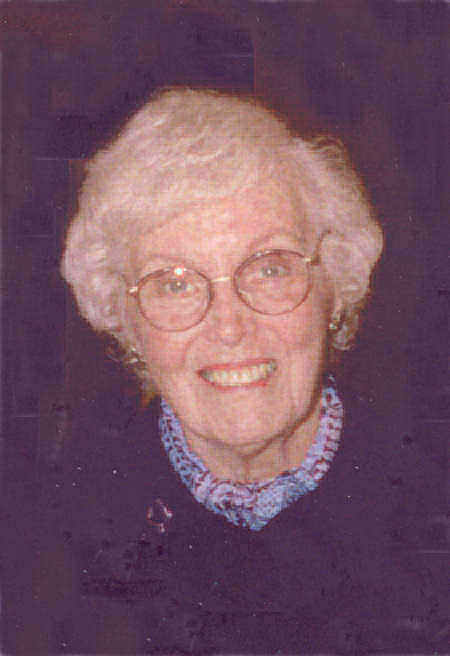 FORESTER, Evelyn May, 90, formerly of 42 Alice Avenue, Wheeling, W.Va., passed away Saturday, November 26, 2011 in Good Shepherd Nursing Home.
Evelyn was born May 11, 1921 in Fairmont, W.Va., the daughter of the late Charles and Maude Peake Forester. She was a graduate of Warwood High School; a 1941 graduate of the Ohio Valley General Hospital School of Nursing; and was a retired manager of the Wheeling Clinic Radiology Department.
Evelyn was an active member of St. Matthew’s Episcopal Church, Wheeling. At St. Matthew’s, she was a devoted member and director of the Altar Guild; a former member of the Vestry, and was active in many other church activities, including assisting with the food pantry.
Evelyn was a volunteer at the Oglebay Institute Mansion Museum, where she was a member of the Steering Committee. She was also a member of the National Trail Stitchers and was active in the Girl Scouts, having served as a troop leader in Warwood for many years. Evelyn had a wide variety of other interests including gardening, needlework, cats and music.
In addition to her parents, Evelyn was preceded in death by her uncle and aunt, Alfred and Alice Peake. She is survived by her many friends that she has made during her life.
A memorial service will be held at 11 am, Saturday, December 3, 2011 at St. Matthew’s Episcopal Church, with the Rev. Mark E. Seitz officiating. Private inurnment will be held in St. Matthew’s Episcopal Church Columbarium.
In accordance with Evelyn’s wishes, in lieu of flowers, memorial contributions may be made to St. Matthew’s Episcopal Church Altar Guild, 1410 Chapline Street, Wheeling, WV 26003.
Arrangements are by Altmeyer Funeral Home, 1400 Eoff Street, Wheeling. Online condolences may be offered at altmeyer.com

My Mother, Helen Kimmel Arbogast, was a classmate of Evelyn’s at OVMC. I was able to share visits to Evelyn’s home with my mother. She was always such a kind and gracious lady. My famiy and I have many fond memories of our mother that include Evelyn.

One of the last “good guys”, I shall truly miss you dear friend.

She was an never ending sources of joy, humor and inspiration. Would that others would exhibit her commiment, zeal and love of God usually all combined!. May she rest in perfect peace and rise in glory!