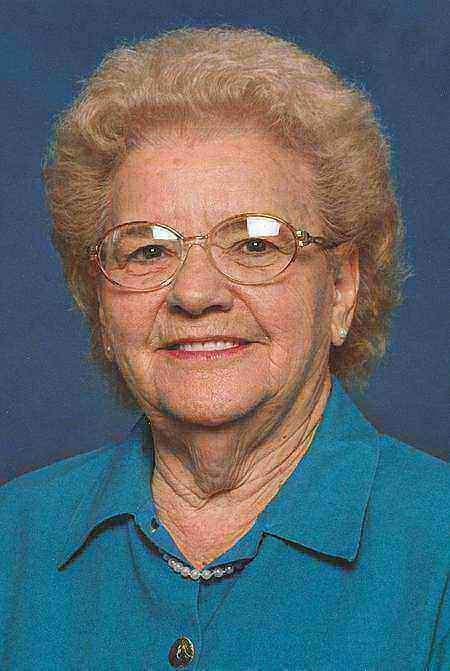 She was the daughter of the late Chalmer T. and Martha H. Adkins Nicholson, born in Wellsville, OH on September 16, 1928. Living her entire life in the area, Mrs. Corbisello retired in 1991 from the Homer Laughlin China Company in Newell, WV, where she worked for 19 years as a handle finisher. She was a 1947 graduate of Wellsville High School and a member of First United Methodist Church in Wellsville, where she was involved with the Golden Reapers and the Gate Keepers. She was a member of Glass, Pottery and Allied workers, Local # 419, and enjoyed playing cards with local card clubs.

She was preceded in death by her first husband, Donald Williams and her second husband, Dominic R. Corbisello.

Besides her parents and husbands, she was preceded in death by two brothers, Chalmer W. Nicholson and Thomas E. Nicholson.

Services will be held at the First United Methodist Church, 501 Main Street, Wellsville, OH on Saturday, April 8, 2006 at 11:00 AM with Rev. Duane Hetzer, Chaplain at East Liverpool City Hospital, officiating.

Memorial contributions may be made to the First United Methodist Church in Wellsville.

I was so sorry to learn this morning about your Mom. Please accept my heartfelt condolences for your loss–she was such a wonderful person. I hope you can find comfort in the many happy times you shared with her.

I’m so deeply saddened at the sudden loss of your mom. She was such a beautiful lady, who was always kind to me.Know that my Love, thoughts,and prayers are with you, even though I can’t be there. Stay strong they way your mom would want you to be.

I’M SO SORRY FOR YOUR LOSS. I WISH I COULD’VE COME HOME FOR THE SERVICES. JUST KNOW THAT I WAS THERE IN MY HEART. PLEASE EXTEND MY LOVE AND PRAYERS TO EVERYONE.

My sincere sympathy to the family. I will miss your mom coming into the library. She always had the nicest things to say to everyone. She will be missed by many.

My thouths and prayers are with you and your family.

We send our sincere sympathy to you and your families on the loss of you mother. You are in our thoughts and prayers.

To the family of Esther Corbisello,

I wish to send my deepest sympathy. I first met Esther in the nursing home when she came to visit my motherLouise Barrett who passed away July 19,2004. I soon discovered that these two really neat ladies, Ruth and Esther came every week to visit my mother. They always came with a homemade gift of some yummy recipe. They were so up, happy and cheerful!! They gave such a wonderful gift of their time, their hearts … themselves. They made jokes and made us all laugh and a few minutes later we might be sad and tearful. My sister Pat and I only had a couple of times with these two special ladies. We learned they are my dad’s cousins! We will always treasure and honor that time we had together. I am grateful for all they gave to my mom. I feel privileged to have met her. She was a beautiful person.

We regret the loss of Esther and will miss seeing her at the next gathering of the proud graduates of our school. Maxine was a classmate and we remember the happy times we shared at WHS. We realize that she will be missed at her church, in the community and most of all by her beloved family.

We send our sincere condolences to all our cousins on the passing of your beloved mom. You will be in our prayer.