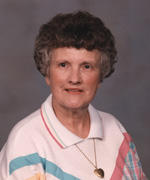 LASH, Elizabeth Jane, “Betty” 78, of McMechen, WV, formerly of Warwood, died Thursday, August, 27, 2009 in Wheeling Hospital.
She was born March 12, 1931 in Wheeling, WV, a daughter of the late Harry and Meta Harne Craig.
Betty was a former employee of the McDonald’s Corporation and a member of the Benwood-McMechen United Methodist Church.
In addition to her parents, she is preceded in death by an infant daughter, Penny Sue Lash, a brother, Harry Craig.
Surviving are her children, Kay Charles Brooks of Woodsfield, OH; Kelly Dunaway of Wheeling; Kristen Lash of Pittsburgh, PA; J.B. Lash of Wheeling; four grandchildren, Lindsay, Chelsea and Lacey Dunaway of Wheeling; J.C. Brooks of Woodsfield.
Private services will be held at the convenience of the family.
Interment in Greenwood Cemetery, Wheeling.
Memorial contributions can be made to the Monroe County Humane Society, 41383 Stonehouse Rd., Woodsfield, OH. 43793.
Offer condolences online at altmeyer.com

Cannot believe it has been 4 years when it seems like yesterday. Not a day goes by that I do not think of you and wish you were here but I take comfort knowing you are my special angle watching over me and that you are so loved and so happy and home where you belong. Love and miss you so much!! Please keep watching over all of us and keep visiting me in my dreams….Kristen

I GRIEVE WITH YOU, THERE IS NOTHING LIKE LOSING A MOTHER. yOU ARE ALL IN MY PRAYERS. DEBBIE TAYLOR

I have fun memories of Mrs. Lash chaperoning all those band trips. May God bless you and may He bring comfort to you during this time. You are in my prayers.

I used to work as a pharmacy tech at CVS Pharmacy and remember Mrs. Lash fondly. My condolences to the family. You are in my thoughts and prayers.

JB and the entire Lash Family, I am so sorry to hear of your loss. You and your family are in my thoughts and prayers! Take care!

My sincere condolences to the entire Lash family , and especially my special friend JB ! You are all in my thoughts and prayers at this very difficult time . Just know that your Mom is at peace . I have talked to Betty a few times and what a sweetheart she is . Stay strong and look to the sky from time to time as I truly believe there are holes in the floor of Heaven and she will see you looking up . God Bless each and everyone of you ….Carol

My thoughts and prayers are with Betty and her family.

My wife and I would like to offer our sincerest condolences on the passing of Elizabeth. She and her family our in our prayers.

To the entire Lash family,

What a wonderful woman Betty was and will be in memory. I had the opportunity to work as Betty’s supervisor at Mickey D’s in Warwood for about 5 yrs. She was the icon of the place, everyone knew her and she knew how to please them. I looked forward to working with her everyday, she always had a story to tell. I must say she ran a tight ship there, when Betty spoke they all listened. We nicknamed her “Sarge” I remember the many conversations she would have about her mom, and her family. She was very dedicated to all she put her mind too and most importantly was her family. God Bless and May you find peace in your many memories. When i saw her picture in paper, I smiled and was taken back to many memories I had with her.Betty was a great lady .

WE HERE AT BENWOOD NUTRITION SITE MISS OUR DEAR FRIEND BETTY. OUR THOUGHTS AND PRAYERS ARE WITH HER BELOVED FAMILY.

Your mother was a very special person and a good mother. She always suported her children in their endeavors.

My condolances to her family.