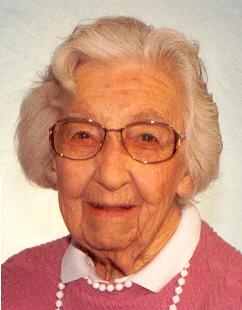 Elizabeth Hepp, 100 formerly of Wellsville, OH died on Sunday, October 1, 2006 at Copeland Oaks in Sebring, OH following a brief illness. She was born in Wellsville, OH on July 28, 1906, a daughter of the late Elmer and Margaret Gold Waugh.

Mrs. Hepp was a homemaker; a graduate of Wellsville High School and during World War II was very active with the American Red Cross. She also was a member of the Braille Association of Youngstown where she was instrumental in creating Braille books for the blind.

She is survived by a son: Carl Hepp of Ocala, FL, a daughter: Shirley Harrison of Homestead, FL; four grandchildren and six great grandchildren.

Besides her parents and husband, a brother: Clarence

I am sorry to hear of your mothers passing. She must have had an exciting life to have lived so long. I have thought of you over the years and what may have happened to you.