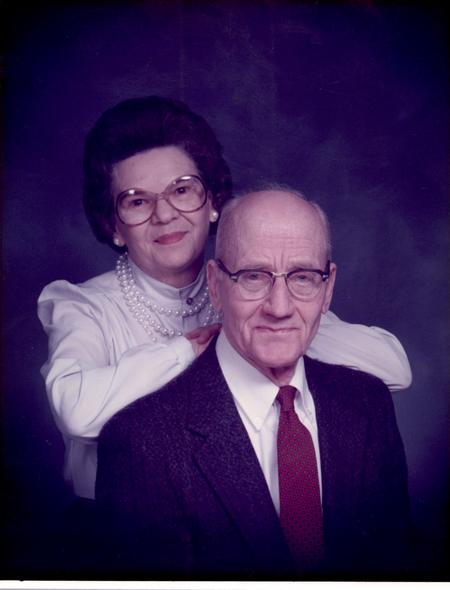 “E.C.” Eldron Charles “Red” Arendts, 93, went home to be with his Lord and Savior Dec. 4, 2007. He was born Nov. 30, 1914, to the late Charles Marion Arendts and Ella Ruth Arendts. He was predeceased by his older brother, Obert T. Arendts and his twin brother, Elwood M. Arendts. He leaves behind his beloved wife, Georgia Colonna Arendts to whom he was married for 65 years. He is also survived by his son, Johnny Arendts and his wife Cindy of Wanchese, N.C.; his daughter, Ruth Ellen “Sandy” Fregin and her husband Bob of Virginia Beach; his son, Tom Arendts of Norfolk. He was lovingly known as “Buddy” to his grandchildren, who were his pride and joy: Jerri Arendts Hildebrand and husband Matt, Michelle Arendts Meredith and husband Reid, John Michael Arendts Jr., Fletcher Allen Fregin, Matthew Charles Fregin and wife Holly, Jared Robert Fregin and Trevor Lee Fregin. In addition, he was great-grandfather to Christian Chase Arendts, Ashlie Megan Beckett, Elizabeth Mary Hildebrand, Madison Ann Meredith, Cayden Charles Fregin and another great-grandchild is expected in January 2008. He also leaves behind many nephews and nieces as well as numerous “adopted” sons and daughters. Being a man of great work ethics, his work throughout the years included civil engineer, serving his county in the Merchant Marines in the early 1940s, a general contractor and lastly, plant manager at the Virginia Beach Community Chapel where he worked until age 84 with his two best buddies, Dallas O