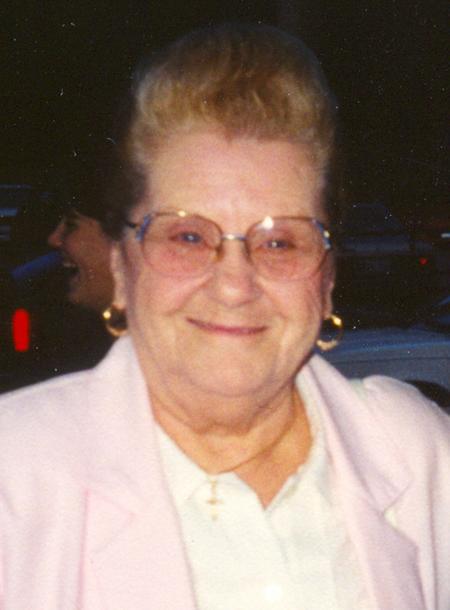 She was the daughter of the late William R. and Ida Mae Haas McKinney, Sr. born in Mt. Clinton, Virginia on July 1, 1918. Living most of her life in the area, Mrs. Forester was a 1934 graduate of East Liverpool High School and was a member of Fredericktown Christian Church, where she played the piano for many years. She also was an avid bowler, bowling with the Thursday Church League and the Perennial League and the High Nooners.

Besides her parents and husband, she was preceded in death by five brothers and eight sisters and one granddaughter.

Services will be held at the Calcutta Chapel of the Martin MacLean Altmeyer Funeral Homes on Monday, April 3, 2006 at 11:00 AM with John Goebbel, grandson-in-law and Joe Thomas, minister of the church, officiating.

Burial will follow in United Presbyterian Cemetery in Calcutta.

Memorial contributions may be made to the Relay for Life or Hospice of the Valley.

Family and friends will gather at the Fredericktown Christian Church following the services for food and fellowship.

So sorry to hear about your Mom.

Dear Billy, Bobby, Ginger, Susie and Families. Please know that our prayers are with you at this sad time. We know Aunt Elda is resting in peace and having chats with Uncle Wilbur and the rest of our clan. We will always remember her precious smile and sense of humor. She will be missed. Love and heartfelt thoughts.

You are all in my thoughts and prayers. May God comfort you during your time of sorrow.

I’m so sorry for your loss. I am also sorry that I cannot be there in person to convey my condolences to you and your family. You, Ginger, were there for me when my Mother passed and was such a support, both then and now. Know that I am thinking of you all and praying for you in your loss. Be comforted to know that He is taking care of her now and she is whole again.

I am saddened to hear of your loss. Elda was a great person, one that I loved being around. Now, who will play the piana?

My deepest sympathy goes out to you and your family. I know what a difficult time this must be for you. I am here for you if you need anything!! Take care !

So sorry to hear of the loss of your Mom. Our thoughts and prayers are with you at this time. God Bless your family.

Sorry Ed and I can’t be with you but you’re in our thoughts and prayers. Aunt Elda was such a nice person and a great aunt. She was always cheerful and upbeat. It’s her smile I’ll remember.

In 1985 we visited Mt.Clinton, VA with my Dad. The house Aunt Elda was born in is still there, now occupied by the current Methodist minister.

We cannot be with you in person at this time, but please know that you are in our thoughts and prayers.

Aunt Elda was a fantastic person and I want to share with you one event with us.

Sam was very sick in the hospital, the girls were very little 1960 and on the day he was operated on I was alone in the waiting room, when the elevator doors opened and Aunt Elda stepped out and opened her arms to me. She told me I couldn’t be alone and she was with me all day giving me support and love. That was the kind of person she was, even though lots of memories of her laughing and joking, this was a serious side. Sam and I never forgot her concern and love for us and at a time when we needed someone she was there for us.

She will be missed so much – not only by you, but her neices and nephews – she loved us too…