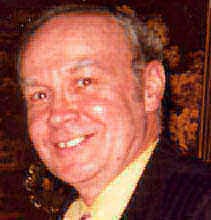 The son of Leo and Louisa Gaechter Keel was born on August 30, 1918 in North Bergen, NJ. He lived most of his life in New Jersey and in southern New York State. He moved with his wife to Wheeling in October 2008 to be closer to their son, Fr. Edwin L. Keel, S.M., who was serving at the time at St. Vincent de Paul Parish, Wheeling.

Preceding him in death were his parents, and his four siblings.

Edwin worked as an industrial chemist for the M.W. Kellogg Company in New Jersey. He was an expert in X-ray diffraction analysis and in crystallography. He belonged to the Research and Engineering Society of America RESA, and had recently marked 50 years of membership in Sigma Xi, the Scientific Research Society.

He served in the Signal Corps of the US Army during World War II, in the European Theater of Operations.

He was very devoted to his Catholic faith and to his church. He belonged to the Catholic War Veterans in New Jersey. He also worked with the local parish troop of the Boy Scouts of America in Paramus, New Jersey, when his sons were Scouts. After retirement, while living in Stony Point, NY, he and his wife served their parish in many ways, especially as Eucharistic Ministers. They brought Holy Communion to shut-ins and led prayer services in retirement and nursing homes. He directed the Legion of Mary in the parish.

In lieu of flowers, donations may be made to the foreign missions of the religious order to which his son belongs: Marist Missions, 29 Isabella Street, Boston, MA 02116.