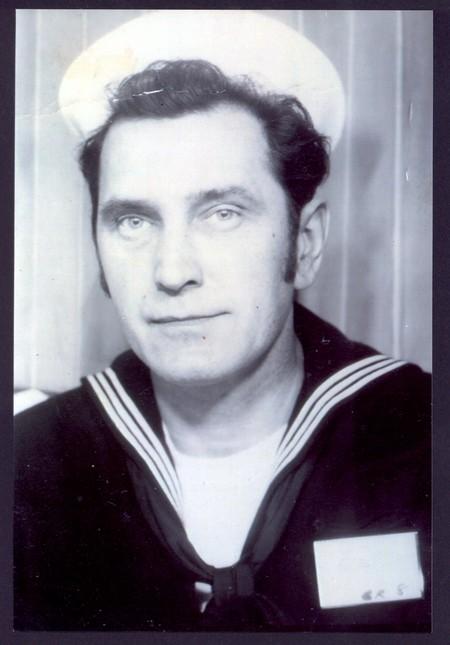 Virginia Beach – Edward “Scotty” Leonard, 78, of Bonney Road, passed away July 21, 2009. A native of Glasgow, Scotland, he served in the British Army, Vietnam War and retired after 21 years of service in the United States Navy. He was a member of the VFW #4809. Edward was predeceased by his sisters, Janet and Nan both of Glasgow, Scotland. He leaves behind to cherish his memories his daughters, Lynn Cabrera and husband Frank, Karren Velazquez and husband David, Tracey Fiona Davis, and Gail Smith-Keehner and husband Joe. He also left nine grandchildren, Frankie, Amanda, Kimberly, David, Fiona, Lauren, Glenn, Holden, and Donovan. Additionally, he leaves his former wife, Flora Leonard. Edward has two nieces in Scotland, Elizabeth and Janet; also a nephew, John; two grand pets, Lady and Oreo; and many other friends and relatives. He will be truly missed. Graveside services will be Thursday, July 23, 2009, at 2:00pm, at the Albert G. Horton, Jr. Memorial Veteran’s Cemetery, 5310 Milners Road, Suffolk, Virginia.

I saw you yesterday for the last time and you looked so peaceful,like you were just taking a little nap. I wish you could of woke up and came home with me. I will miss seeing you sitting on my couch watching tv or just hanging out. I miss you dad, so much. Love you

Yesterday we had Fiona’s going away party here at the house, it was sad not to see you sitting on the couch watching sports or the news. Jeff Gorden didn’t win. I would look over at the couch and picture you there or sitting on chair on the deck. I miss you very much dad.It’s not the same without you. It hurts that we can’t see you or come for a visit anymore. The days just keeping going by but their is not a day that goes by that you are not in my thouhts. I love you dad…. Gail

Dad, I can’t believe you are gone. I was supposed to come see you today and get your groceries. I will miss seeing you so much. I’m very thankful you were my dad and a wonderful grandpa.I will miss you so much dad. Thank you for all you did for me. You will always be in my heart.. Love you dad, Gail

Dad, It’s hard not getting to see you. There are so many things that remind me of you and things we have done together. It’s sad knowing I can’t just come by and see you. It still seems so unreal that you are gone. You will be missing Fiona’s going away party Sunday. I know how much you loved a party and being with all of us. I love you dad.

Gonna miss going food shopping for you with Gail every Wednesday or getting you all riled up by disagreeing with your conservative political ways. You were a good man and well loved. I know your in a better place now, just keep an eye over your family and lend a guiding light now and then. “Fair Winds and Following Seas”.

Eddie, It was a pleasure knowing you, you and Flo were the first people I met when I moved to Virginia some 30 years ago. You were so kind too me and my Family. What a gentle Man and a True Gentlemen. When you see my Dad tell him I love him and miss him so…I know you both are Celebrating with our Lord and rejoicing! We will truly Miss You!

My prayers and condolences are with you all, no doubt Eddie will be missed. I have some special memories of when he used to tease us about Copenhagin – after church about 30 years ago. Rest in peace dear Eddie. Looking forward to meeting you again on that day. Love, grace, and peace to family through this difficult time.

Great knowing you Mr Eddie! : Truly a man who completely loved his family! My thoughts and prayers are with your family who will miss you so much!

I miss you so so much

You were the best grandpa a grand-daughter

could ever ask for!!

I love you so much Grandpa Eddie ..

Karren and Family, God bless you all. I know you will miss your father but have peace that he is smiling down on you with our lord!

Missing you alot dad and thinking about you all the time. Wish you were still here with us. I love you. xoxoxox

Missing you so much dad. I still can’t believe you have left us. You will always be with me. I love you dad.

My condolence the the Leonard family. Ed, was a great resident &

My condolence to the entire Leonard

Ed. was a great resident and friend &

he will be missed by all of us.