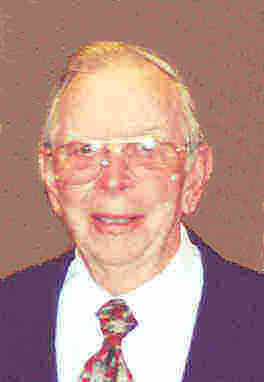 In addition to his parents, Edgar was preceded in death by his first wife, Betty Heil Shallcross on September 15, 1986, a brother Louis Shallcross, a sister Lucille Shallcross and a grandson, Brian Stephen Shallcross.

Friends will be received on Thursday, September 10, 2009 from 2:00pm until 8:00pm at the Bauknecht Altmeyer Funeral Homes and Crematory, 441-37th St., Bellaire, OH, where services will be held on Friday, September 11, at 1:00pm with Rev. Donald Lawson, Jr., officiating.

The American Legion Post #52 will conduct military services at 7:00pm Thursday in the funeral home.

Memorial contributions may be made to the First United Methodist Church, Bellaire.

Online condolences may be extended to the family at altmeyer.com

We are so sorry for your loss. You are being thought of at such a sad time in your lives. You guys are such great people and we know how much you loved your Dad & Pap. You are in our prayers. Please take care.

We are so sorry to hear about your dad’s passing. May God Bless You All!

I am so sorry to hear of your dad and pap passing away. I have very fond memories of Eddie & Betty when we all were on Noble Street.

God Bless You All,

I just found out about Shelly’s passing. I am so sorry for your loss. I hope that you are all well. I enjoyed knowing Shelly and his son Jeff. I have great memories of their house in Bellaire. my thoughts are with you all. Don Imer

I WAS SO SORRY TO HEAR ABOUT YOUR DAD , OUR SYMPATHY TO ALL OF YOU , HE WAS A NICE MAN, I JUST GOT BACK FROM COLUMBUS IAM SORRY I DID NOT GET DOWN LOVE VICKIAND JIMMY

Jeff and Family, i am so sorry for your loss. You all are in my thoughts and prayers.

Was so sorry to hear of your Dad’s passing. He was such a sweet man. I enjoyed spending time around him, when you and I were close years back. You and your family are in my thoughts and prayers.

Sorry I was unable to comfort u in person at the funeral home but my thoughts were with u. Please take care of each other the way Mr. Shallcross would have taken care of you. My sincere sympathy goes out to you all.

How does one ever begin to express their sympathies over the loss of a parent? I know how close you were to your dad. I am sure he was very proud of you, especially when you stepped up to the plate and took care of him in his times of need. Please know that I am thinking of you and I am always here should you need me. As the old saying goes, he is gone but not forgotten. Remember all of the great times you had with your father, that will bring a smile to your face and get you through the hard times. Take care Jeff and please know that you are a wonderful son, person and friend. Take care and keep in touch.

JUST WISH TO CONVEY MY CONDOLENCES. I DID NOT KNOW HIM, BUT WE WERE DISTANT COUSINS THROUGH THE FITCH LINE. JERRY WEST

Please know that you are in our thoughts and prayers during this most difficult time.

So sorry for your loss. I just remember what a nice man Shelly was.

Sorry for your loss. May God be with you in your time of sorrow.

I am so sorry about your dad’s death. It’s been several years since I’ve seen him, but he was always fun to be around. I will remember him fondly.

You are in my prayers.

To a wonderful family that i meet over 25 years ago . From day one Edgar Shelly treated me like if i was part of his family . I remember just sitting in his living room and he would be telling us stories sitting in his favorite recliner. Edgar would also try to give smart advise but we didnt know how to use his wisdom . The world lost a great man ; thanks for all your kindness ; generosity and love . I know you are in a better place now and at peace !!! See you in heaven . You will always be in my prayers . Love John