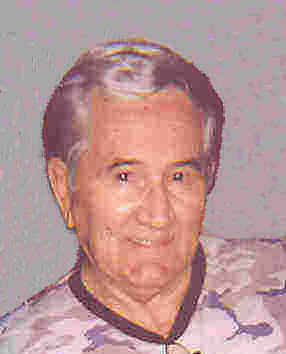 Don was a veteran of the United States Marine Corps, he was employed as a coal miner at North American’s # 3 mine for 21 years. He was a devoted husband, father, grandfather and great grandfather. He was an avid hunter and fisherman and loved ballroom dancing, polka and was also a member of the Ohio Valley Promenaders square dance group. Don was an active person and loved life.

In addition to his parents, he was preceded in death by his wife of fifty years, Dorma Hicks Welch, three sisters, Ruth Meadows, Dorthea Kunckle and Mary Lou Welch and two brothers, Franklin D. and Billy Welch.

Family and friends will be received at the Bauknecht-Altmeyer Funeral Homes & Crematory 3900 Central Avenue Shadyside, Ohio on Thursday from 2 to 4 and 6 to 8 pm where services will be held on Friday at 11 am with the Rev. Jack Palmer officiating.

Interment in the Holly Memorial Gardens at Pleasant Grove, Ohio with Full Military Honors by the Moundsville Veterans Honor Guard.

Share your thoughts and memories with Don’s family at altmeyer.com.

Don will be sorely missed by everybody that knew him, especially his family and my mother Nancy.

I never saw Don without a smile on his face. His love of life and those around him was contageous, and will continue to live on through those who were touched by his joy.

I only had the pleasure of knowing Don for a brief period of time, but know that he will be greatly missed by all who knew him and what a wonderful person he was.

In the short time I knew Don, I grew to realize he was a good person and made my mother Nancy very happy. He will be missed.

I am very sorry for your loss. Don was a very upbeat & happy person and I am glad I had the priviledge of knowing him this last year or so through dancing. He will be missed and you all will be in my prayers.

Let the cherished memories stay alive forever and soothe your spirit during this difficult time.

Find comfort knowing your parents are now together watching over you.

My heart is with you. I wish I could be there in person for the family that has always been there for me.

A man of constant goodness, love, and smiles lives on forever in our memories.

So sorry to hear about your dad. I’ll remember him as always smiling.

Sorry for your loss..

Our thoughts and prayers are with you..

What a great person Don was. The Welch’s were great neighbors on the Ridge. You will not find any better people than Don and Dorma. Take great comfort in knowing that they are together once again in heaven.