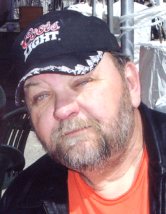 Obituary
For
Donald D. “Sledge” Collins Jr.
Age 61
Donald D. “Sledge” Collins Jr., age 61, of County Road 72, Hammondsville, Ohio, died on Sunday, December 4, 2011 at St. Elizabeth Hospital in Youngstown after a brief illness.
The son of the late Donald D Collins Sr. and Betty J. Freeman Collins Papuzek, he was born in East Liverpool, Ohio on May 10, 1950, and had lived in the area his entire life. A graduate of Wellsville High School, Class of 1969, Don retired as the Owner/Operator of DP and Son Trucking Company in 2008.
He is survived by his wife: Pam Saltsman Collins who he married on November 24, 1972; one son: Donald D. Collins III and his wife Stephanie of Hammondsville; one brother: Taylor Steve Collins and his wife Brenda of Wellsville and one sister: Batisha Lynn Collins of Calcutta. Other survivors include two grandchildren, Issac Collins and Riley Collins both of Hammondsville.
Calling hours will be held at the Wellsville Chapel of the Martin MacLean Altmeyer Funeral Homes on Thursday, December 8, 2011, where the family will be present from 2 to 4 and 6 to 8PM. Private family services will be held at a later date.
Memorial contributions may be made to the Diabetes Foundation.

Cousin Don, Although there was a whole generation between us, and we didn’t know each other very well, you are remembered as an important part of our family. My sincere condolences to your loved ones, may they find peace during this diffcult time and look to GOD to help them heal.

We are so sorry to hear of the loss of Donnie. One thing for sure he is no longer suffering. We guess God needed another angel to look over us so he chose Donnie. Your family will be in our thought and our prayers. May God Bless You…

We are so sorry we could not make it . May God give Dons loved ones that are still here on this Earth , the peace in there hearts,

of knowing Don is with his Creator , Jesus .

Don – Sledge, gonna miss you cuz, loved talking on the phone the last couple years playing catch up, I am sadden by your early exit, and smile that your at rest with the best <3 My hugs and prayers goes out to the family and you will never be forgotten as memories can't be removed from the heart & soul. Thanks for showing me what a real hollar was from your back porch never knew, love you and will miss your smile big hugs xo from my family to yours you are loved xo xo Bon Lou ps you never made it back out to California like you said next time xo

So very sorry for you loss.

So very sorry for your loss.

You are in our thoughts and prayers.

I am so sorry for your loss, my thoughts and prayers are with you all at this sad time. Daisy

Lynn and the entire Collins Family,

We want to offer our sincere condolences on your recent loss. Praying for peace, comfort, and strength in this difficult time for you and your family.

Renee Raffa & the family of the late Ollie Freeman Woodrow

Pam, I’m so sorry for you loss. I hold your family in my prayers.

Sorry to see Don passed. I grew up with him and his parents at the Nazarene church. I also went to school with him and played baseball with him in our younger days.May he rest in peace.

Sorry, and saddened to just learn of Dons passing. Spent a good amount of time getting to know Don, and shared many laughs while driving along side him. An all around good guy who loved his family!!!!!Rest in peace Sledge, and comfort be with your family in this trying time.

To Pam and the family.We are sorry to hear of your loss.We didn’t know he was ill. Our prayer go out to all of you at this time . Ernie & Joyce Plunkett

To the Collins family, our hearts go out to you. We are so very sorry for your loss. We will keep you all in our prayers.

we are sorry for your loss. we wish there where words to take the pain of your loss away. don was a good man. he will be greatly missed.