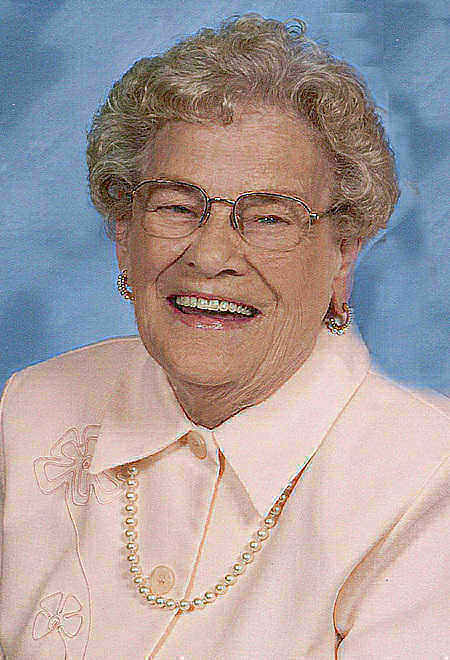 FAHEY, Dolores Mae Leech, 87, of Wheeling, WV passed away peacefully Friday, January 10, 2014 in Liza’s Place, Valley Hospice Care Center South, Wheeling, with her family at her side.
She was born on March 31, 1926 in Wheeling a daughter of the late Robert D. and Minnie Mae Nest Leech.
She was a member of St. Alphonsus Parish, Wheeling and the former St. Mary’s Immaculate Conception Parish in South Wheeling.
In addition to her parents, she was preceded in death by her son, Robert D. Fahey in 2004, a brother, Robert D. Leech, and two sisters, Roseann Leech and Janet Gooch.
Surviving is her husband of 67 years, George A. Fahey, a son, G. Michael Fahey and his wife Jan of Wheeling, two daughters, Mary Theresa St. Myer and her husband Robert C. of Elgin, IL and Jacqueline M. Petros and her husband Patrick of Wheeling. Five grandchildren, Steven St. Myer, Joseph St. Myer, Angela Petros, Michael Fahey and Mary Petros, three great-grandchildren, Maddie, Shane and Cole St. Myer.
Friends will be received on Sunday, January 12, 2014 from 5-8pm at Altmeyer Funeral Home, 1400 Eoff Street, Wheeling.
Funeral liturgy with mass will be celebrated on Monday, January 13, 2014 at 10:00am at St. Alphonsus Catholic Church with the Rev. Douglas Ondeck and Msgr. Bakhos Chidiac as celebrants. Entombment will be held at Mt. Calvary Cemetery Mausoleum, Wheeling.

On-line condolences may be expressed to the family at altmeyer.com

George & Family, I was sad to hear of Delores’ passing and feel blessed and fortunate to have met and known her. Keeping you in thoughts and prayers at this difficult time.

George so sorry for your loss. Delores was such a sweet lady…remember so many happy times shared with our family Harry & Olga.

God bless all of you, and may she rest in peace.

So sorry to hear of the loss of your Mother!

May she now live forever in the arms of her Lord and Savior Jesus Christ!

We are in FL, will see you at the end of month!

Jackie, I’m so sorry for your loss. I couldn’t make it to the funeral home but know you’re in my thoughts and prayers. Call me if you need/want to talk. My phone number is 304-547-5185

kEEPING ALL OF YOU IN OUR THOUGHTS AND PRAYERS. GOD BLESS,

Michael, we were so sorry to hear about your mom’s passing. She was a wonderful, fun woman and she will be missed. God bless.

I share my deepest and sincere sympathy to you and your family on the loss of your mom. May God’s strength and peace be with you all.

My love and prayers and a thankful heart that she was a part of my life. God’s peace and healing and celebration of her wonderful life.

My sincere and deepest condolences to the entire family of Mrs. Dolores Fahey. Denny Albaugh

Please accept our deepest sympathies. We were so sorry, but just found out about her passing. She was a wonderful person and will be greatly missed. We still remember the Kain Club when you were with Mom & Dad. We had some great times. God Bless You All