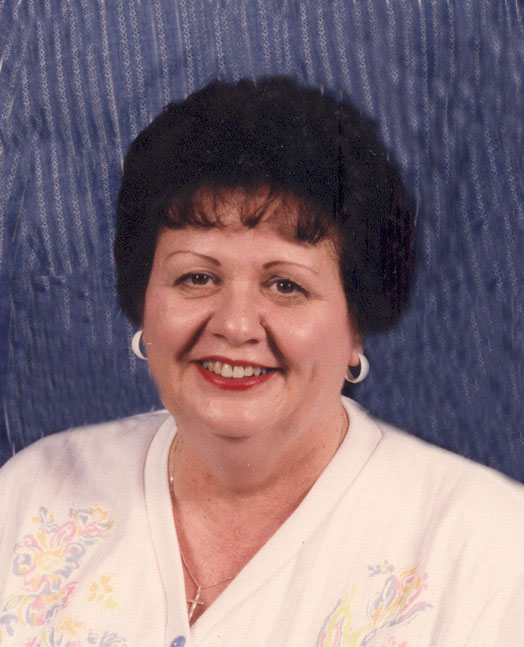 Richey, Diana M., 68, of West Alexander, PA, died Friday, February 8, 2008 in Wheeling Hospital, Wheeling, WV.
She was born October 20, 1939 in Westland, PA, a daughter of the late Leonard and Mary Nickleach Casper. Mrs. Richey was a retired employee of Wheeling Hospital, a 1957 graduate of St. Joseph Academy, and a member of St. Vincent de Paul Catholic Church, all of Wheeling.
In addition to her parents, she was preceded in death by a brother, Leonard Casper; a sister, Barbara Smelosky, and a daughter-in-law, Mona Richey.
Surviving are her husband, Donald E. Richey; three sons, Eddie Richey and his wife, Christine, of Claysville, PA, Mark C. Richey and his wife, Lisa, of Valley Grove, WV, and Michael L. Richey and his wife, Heather, of Wheeling; two daughters, Kimberly R. Muffeny of Wheeling, and Kelly A. Ullom and her husband, Allan, of Dallas, WV; seven grandchildren; one great-grandchild; several nieces and nephews.
Friends received from 2-8 pm Tuesday at the Altmeyer Funeral Home, Elm Grove Chapel, 154 Kruger St., Wheeling.
Mass of Christian Burial will be celebrated at 10:00 am Wednesday, February 13, 2008 at St. Vincent de Paul Catholic Church, Wheeling, with Rev. James LaCrosse, S.M. as celebrant.
Interment in Mt. View Cemetery, Dallas, WV
Memorial contributions may be made to the West Alexander United Methodist Building Fund, P.O. Box 202, Main St., West Alexander, PA or the Dallas Volunteer Fire Dept., Dallas, WV.
Online condolences may be expressed at altmeyer.com

We are very sorry for your loss, but the pain is over and now may the memories pour over you as God gives His peace to you and all of the family.

Dear Michael and Heather, I am so sorry for the loss of your mother.. Please accept our deepest sympathies… I pray for Jesus to comfort you both… love to you both, Aunt Candy and Family

Iam very sorry of you loss. I

get their. Hope to see you in the

Eddie and Family, our sympathy is with you at this time.We have to remember all the wonderful memories.

Your Friends, Debbie and David

I want to send you my heartfelt sympathy on the loss of Diana.

She was my cousin. Thoughts and prayers go with you and your family.

We’re so sorry for the loss of your mother. Our thoughts and prayers are with you and your family. Barry and Robin Vaglia & family

My deepest sympathies go out to you, Don, and your family. I haven’t seen you in years, but you were always one of the nicest guys in the plant at Reliance. I’m so sorry for your loss.

Please accept our deepest sympathy for your loss. Our thoughts and prayers are with you.