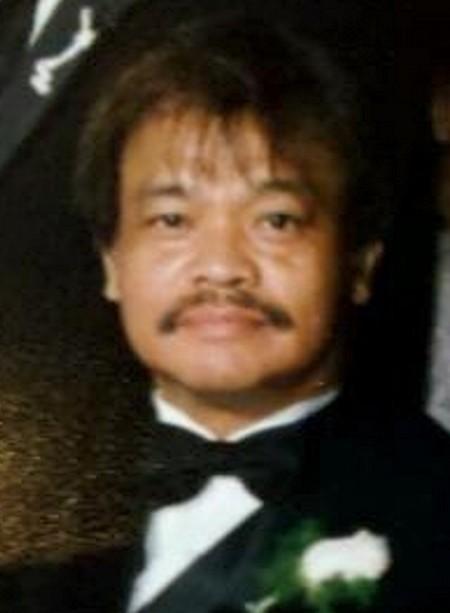 Norfolk – Demetrio Torio Corpuz, 69, passed away December 14, 2011. Born in the Philippines, he was the son of the late Tomas and Maria Corpuz. Demetrio retired as a chief from the U.S. Navy.

He leaves behind his wife of 46 years, Lydia Samson Corpuz; two daughters; two sons; seven grandchildren; a brother; and a sister.

A Mass of Resurrection will be held at 11 a.m. Wednesday, December 21, 2011, at St. Pius X Catholic Church with Rev. Fr. Nixon Negparanon officiating. The family will receive friends Tuesday, December 20, from 6 to 9 p.m. at Altmeyer Funeral Home, 5792 Greenwich Rd in Virginia Beach. Condolences may be offered to the family at altmeyer.com.

Carmela 3yr old: talking this “I love u grandpa” “I miss u ”

” I hugging you & kissing you”

Dearest Demie, Malhalkita i love you. Your still alive and well now & also young looking & strong in heaven thanks to GOD our Lord Jesus Christ & Savior. your wife lyd or honey. you always call me that.

Your life in eternity has just begun. Now you can walk, your legs brand new. All of heaven is now in your view. Look all around, it’s all in your sight, There will never be another dark night. Flowers and jewels, the street of pure gold, and all of the things that have been told. I can just imagine the smile on your face as you walk all around in that beautiful place. Greeting our loved ones as you walk along, while singing heaven’s most beautiful song. This is so very hard, but it will be okay, it isn’t goodbye, we’ll see you one day. We love you and we’ll miss you and at times it will be tough, but as with everything, God’s grace will be enough.

Grandpa, I miss you and will always love you.

You were the best grandpa a granddaughter could ever have.

I love you Grandpa, I miss you enough to make me want to cry. I thought about you and prayed for you to get well every night before I went to bed. You always made everyone’s day joyful and gave everyone a smile. Again, I love you.I miss you.

The 2nd condolence below was accidently loaded again because of a slow computer. There is only supposed to be one condolence.

Rest in peace grandpa. Love and miss you <3

The condolence below is supposed to be say Norfolk, Va