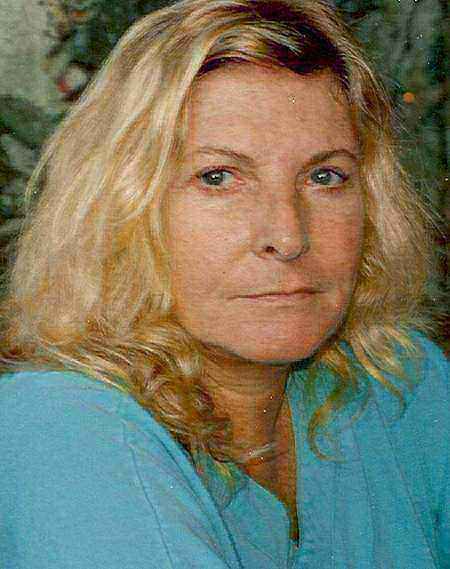 She was born July 28, 1940 in Bellaire, Ohio, a daughter of the late Veto and Barbara Presutti.

Delphine was owner of Pyrotechnics by Presutti and part owner of Ohio Fireworks.

Delphine was a world traveler and met many dear friends on her journeys while in Hong Kong, Paris, Nepal, Thailand and the Himalayas, just to name a few. While in Asia, her favorite resting spot was the Garden of the Katmandu Guesthouse in Thamel, Katmandu, where she and her friends gathered.

Surviving are her brother, Roger Presutti and family of Bellaire and her sister Bobbie Lucas and her husband Dave of St. Clairsville.

Del had many nieces and nephews, whom she considered her own; Jim, Jessica, Christopher, Nicola, Andrea, Cody her traveling buddy, Brittany, Jimmy and Leslie.

She was loved and admired by all. She was truly "The Goddess of Fire."

A private ceremony will be held in her honor.

You probably do not remember me, but I am a friend & former neighbor of the Tomer family. I spent many childhood evenings at your parent’s home or at the yacht club with them & the Tomers. Please accept my sympathies in the loss of your dear sister. I will always remember her sense of humor & her kindness.

Dear Bobbie and Family, So sorry to hear of your loss. Delphine was a special person.I know she is with Kenney and her family. PLease know that you all are in our thoughts and prayers during this difficult time. With deepest sympathy, sandy August 6, 2006 Wheeling, WV.

Such a loss for you and your families. History goes back with Del, Bonnie, Theresa and me at the pool, yacht club in Bellaire, mainlyand many evenings at your house in Bellaire. Time and schedules did not allow us frequent visitings but on the 4th this year, we enjoyed “her” hand picked fireworks with our family and especially grandchildren in VA Beach. I tried to call her at the plant to let her know how we enjoyed them and she has been on my mind ever since.

My loss too and I am so sorry.

We were stunned and saddened by the news of Delphine’s death. Her person may no longer walk next to you, but will certainly ALWAYS walk with you and your loved ones. Only a few times in life are we graced by crossing paths with the Guardian Angels among us. Needless to say, I believe she was – and remains – an ever nurturing Guardian Angel for those she so deeply loved – particularly you and your son Cody. Delphine’s dynamic spirit never wained, I’m sure. She was too strong. I will forever consider our family to have been particularly Blessed because we shared a small window in time with Delphine, and with you.

We still prize the bottles of homemade wine made by your late father that you and Delphine shared with my family.

In the years I worked as a writer I seldom met individuals who filled their world with a love of life as you and your sister did. Trust that Delphine and your other Guardian Angels will always be with you and watching over those you hold dear.

We send our deepest sympathies —– The Loccisano Family Kim, Jon and Giovanna

Dear Roger, Bobbie and Presutti family: I am sure Delphine would not remember us but we knew her as the blond bombshell that was the lifeguard at the pool when we were growing up—b/c she was 6 years older than us, we were in awe of the presence she emitted. She was stunning and knew everything that was going on at the pool. Having lost my brother, Dan, 7 years ago, I can tell you that the family dynamics can and will never be the same. A void like a sibling can not be replaced by any other relationship. We will always be so grateful to your family b/c our son, Brian, was the first recipient of the Presutti Memorial Scholarship given by your dad through the Sons Of Italy Foundation in 1994. What a wonderful legacy to pass on. We mourn your loss and extend our deepest and heart-felt condolences.

I am Deeeply sorry for Your Loss.

Nicola and Andrea I remember you often speaking of your Aunt and My Mother Graduated with Her.

I never met Delphine, but I have talked with her over the years via phone. I just wanted to say how sorry I am.

I was a year ahead of Delphine at Bellaire. I remember her as a very outgoing person and a bundle of energy. You only had to meet her once to remember her. She will be missed by so many people. I’m sorry for your loss.

I would like to send my Condolences. I met her when I done the paint work for her at the firework building. I will miss her.

Our deepest sympathy to family during this difficult time. May her soul rest in peace.

I was deeply saddened to read of the passing of Delphine. I remember her at both the pool and the north Bellaire boat club. I’m lost for words to say how sorry that another part of our youth slips away. After reading of her accomplishments, she lead a very full and active life. You have all my thoughts and prayers. God Bless

To Roger, Bobbie and entire Presutti family. You have our deepest sympathy.

Roger, growing up with you and Delphine was a big part of my life. She will always be remembered.

Delphine was my friend on StThomas and Coconut Grove…she called us the St Thomas beach bunnies….loved her and saddened to hear of her passing so many years ago. Rest in peace girl!

Delphine was my friend on StThomas and Coconut Grove…she called us the St Thomas beach bunnies….loved her and saddened to hear of her passing so many years ago. Rest in peace girl!